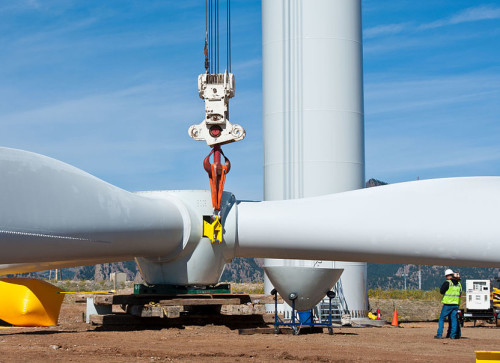 Canada will create 160,000 new clean energy jobs by 2030 while fossil employment declines by 50,000, and the clean energy sector will employ a total of 559,400 people in areas like home insulation, electric vehicle manufacturing, and wind farm maintenance—as long as government policies continue to drive toward reductions in the greenhouse gas emissions that cause climate change.

That’s the conclusion of a new modelling study released this week by Vancouver-based Clean Energy Canada. “When it comes to Canada’s energy future, there’s a fast lane called the clean energy sector, and a slow lane, fossil fuels,” CEC says in a release.

“The world is transitioning,” and “Canada can still be an energy leader in the decades ahead,” the release adds. But “that future doesn’t exist without a strong clean energy sector—and a federal government after October’s election that chooses the fast lane.”

The study concludes that clean energy jobs “are set to grow nearly four times faster than the Canadian average between 2020 and 2030, while jobs in our fossil fuel sector will decline half a percent annually over that period,” CEC states. “Clean energy’s GDP contribution will also increase 3.4% a year, more than double the national average (1.5%).”

But the release cites Ontario, where an estimated 6,000 jobs and C$500 million in investment were lost after the Doug Ford government cancelled hundreds of renewable energy contracts, as an object lesson in what’s at stake in this month’s federal election. “Without a federal plan that puts a price on carbon and provides electric car and energy efficiency rebates, Canada’s biggest province would have fallen even further behind on its climate efforts—not to mention job growth in its clean energy sector.”

“The clean energy sector is a good-news story that no one’s talking about,” Executive Director Merran Smith told The Canadian Press. “There is nothing to fear about moving forward on climate action.”

But the possible outcome of the federal election is a different matter.

“We’ve got three parties that are not only committing to keep these policies but build on them,” Smith said. “We’ve got one party that has been clear: they are going to dismantle the policies which are going to create these jobs.” She added that, while fossil fuel employment won’t all disappear in the near future, that’s not where job growth will come from.

“Canada’s not making the choice—the world is making that choice,” she told CP. “Canada is in the game, and needs to stay in the game by moving forward on climate action.”

On Wednesday, The Narwhal profiled a group of Alberta energy workers who’d made the switch from fossil to renewable energy jobs.

“It’s really important for people to know that most fossil fuel industry workers are really proud of their trades skills and would be excited—and are excited—about the opportunity to apply those skills to building a sustainable energy future,” said Iron & Earth Executive Director Lliam Hildebrand. But “they need support in making that transition.”