High-Speed Rail Would Save 1.5 Gigatons of Carbon by 2050 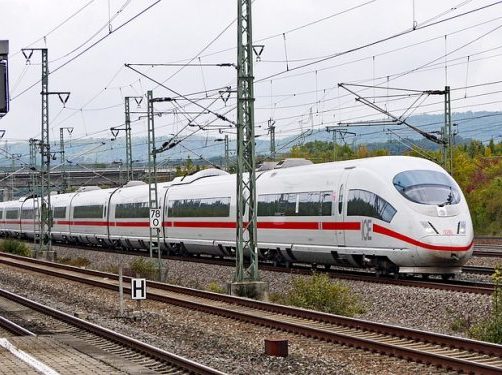 High-speed rail places #66 on Drawdown’s list of climate solutions. A global network of trains that travel at speeds of at least 220 kilometres per hour would cost close to US$1.3 trillion to install, but that budget would be almost entirely recouped over the lifetime of the infrastructure.

At present, more than half the world’s high-speed rail networks operate in China, where populations and ridership are high, Drawdown says. But if construction of new high-speed lines continues at the projected rate around the world, the speedy transportation mode will decrease carbon dioxide emissions by 1.5 gigatons over a 30-year period.

High-speed rail isn’t groundbreaking—Japan has been using it since 1964, when its first bullet train began whisking commuters between Osaka and Tokyo. The International Association of Railroads says just north of 18,500 miles of bullet trains are up and running today. And the number is climbing: It’s expected to increase by 50%, as projects now being built begin to transport riders.

“HSR is powered almost exclusively by electricity, not diesel,” Drawdown points out. “Compared to driving, flying, or riding conventional rail, it is the fastest way to travel between two points that are a few hundred miles apart, and reduces carbon emissions up to 90%.”

To break even, high-speed rail will have to attract a lot of commuters. “That’s why only certain places in the world have sufficient population density to support HSR,” the summary states. But “where adequate density exists, HSR can be an important component of a sustainable transportation system and bring vitality to city centres.”

The reduction in carbon is a significant return on the implementation investment, but there are other benefits, too: Drawdown says less traffic on roadways, ease of travel for commuters who might otherwise have to fly, and reduced noise pollution in city centres are among the perks.

These positive impacts are most likely to be felt in Asia, where the majority of high-speed rail projects are being developed, but the EU has a growing number of bullet trains, as well. Several HSR projects are also under way in the United States, including routes between Dallas and Houston, Texas; Miami, Orlando, and Tampa, Florida; Portland, Oregon and Vancouver, B.C.; and Las Vegas and Southern California.