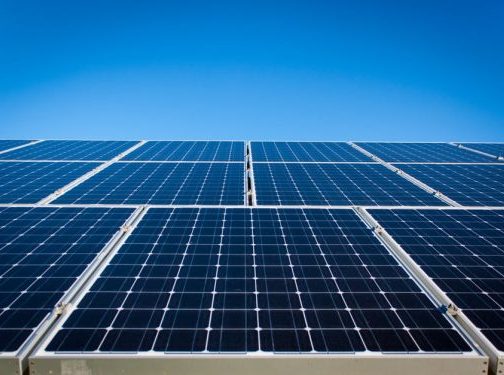 “Made up of 18 deals, Google’s projects will be built across the U.S., Europe, and in Chile,” Greentech Media reports. “The company said the purchases will increase its total wind and solar agreements by more than 40%.”

“We’re not buying power from existing wind and solar farms, but instead are making long-term purchase commitments that result in the development of new projects,” wrote CEO Sundar Pichai.

Greentech adds that half of the new projects, and all the U.S. projects, will be solar installations. “Up to now, most of our renewable energy purchases in the U.S. have been wind-driven, but the declining cost of solar…has made harnessing the sun increasingly cost-effective,” Pichai said.

Google timed its announcement “just a day ahead of planned walkouts at the company, with hundreds of Google employees expected to join a global, youth-organized climate strike protesting a lack of action on climate change,” Greentech adds. “Employees from Google [were expected to] join others from tech companies such as Amazon and Microsoft, who have also criticized their employers for lackluster climate commitments and ties to fossil fuels.”

Google said it would contribute US$500,000 to the Renewable Energy Buyers Alliance, a membership group that helps businesses buy renewable energy, and €500,000 to RE-Source, a clean energy networking event in Europe. “These grants will help fund the development of new purchasing models, provide training and resources for consumers, and enable more widespread access to clean power,” Pichai wrote.

Greentech explains that “even when companies lock in 100% renewables commitments, it can be tricky to quantify their environmental impact. A company’s demand for renewables doesn’t necessarily shut down fossil fuel plants and encourage building new wind or solar in their place.”

But in addition to “matching” all its electricity consumption to renewables capacity as of last year, Google “also holds itself to the more rigorous standard of ‘additionality’, which means its demand results in new renewables projects on the grid,” writes reporter Emma Foehringer Merchant. “Last year, Google also outlined a goal to acquire enough renewable energy to support its load centres ‘in all places, at all times’.”

A couple of days before Google’s announcement, Greentech reported on new research by its parent company, Wood Mackenzie Power & Renewables, that pointed to corporate procurement helping to drive the growth of solar in the United States. “In an industry where we’re seeing continued year-over-year growth, to have the corporate market share grow even faster than that is quite impressive,” said senior solar analyst Colin Smith.

“Utility purchases outside of state mandates have traditionally led the majority of large-scale procurement, and still do, accounting for 53% of projects contracted in the last year,” Greentech explains. “But the share of the [solar procurement] pipeline connected to corporate deals has stretched to 17% of projects announced in 2019. That’s a significant uptick from just several years prior, compelling WoodMac to boost its long-term forecasts for the utility-scale solar market.”