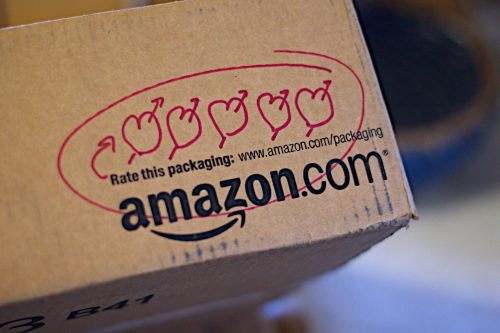 Amazon.com founder and CEO Jeff Bezos is committing his company to hit the targets in the 2015 Paris Agreement 10 years early, just a day before 1,500 Amazon employees stage an unprecedented strike to spotlight the company’s inaction on the climate crisis.

“We have been in the middle of the pack on this issue,” Bezos said yesterday. “We want to move to the forefront. We want to be leaders.”

Appearing in a joint press conference with former UN climate secretary Christiana Figueres, Bezos “said Amazon will reach 80% renewable energy use by 2024 and 100% by 2030, up from 40% today,” Bloomberg reports. “To help get there, Amazon has placed an order for 100,000 electric vehicles from a start-up it has backed, Rivian Automotive Inc. The first Rivian vehicles will arrive in 2021.”

Amazon also announced a US$100-million donation to The Nature Conservancy for a Right Now Climate Fund.

Amazon Employees for Climate Change, the group that has been pressuring the company from within for nearly a year, called Bezos’ announcement a “huge win” in a statement of its own. “We’re thrilled at what workers [have] been able to achieve in less than a year,” the group said. “But we know it’s not enough.” Recognizing that the Paris targets don’t go far enough, fast enough to get climate change under control, “today, we celebrate. Tomorrow, we’ll be in the streets to continue to fight for a livable future.”

Bloomberg notes that Amazon “is relatively late among tech companies to share its environmental impact. Apple has released an environmental impact report with increasing levels of detail for the last decade. Google first published a comprehensive report on its energy use in 2011.”