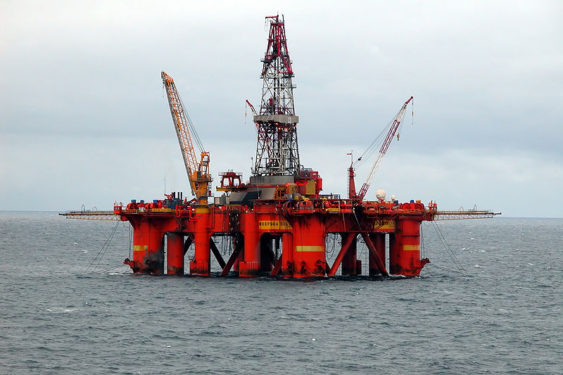 The United Kingdom is running into outrage from the European Commission and five EU countries after allowing Shell to leave some of its decommissioned oil rigs in place in the North Sea, with thousands of tonnes of toxic crude oil and chemicals still onboard.

One senior German official described the UK’s plan as a “grotesque idea” and a “ticking time bomb”, The Guardian reports. Germany’s formal complaint to the European Commission, issued August 18, has the backing of Sweden, Belgium, The Netherlands, and Luxembourg. Of all the countries involved with North Sea oil production, only Norway is supporting the UK’s position.

“Disassembling the enormous pieces of infrastructure, each of which can be as tall as the Eiffel Tower, is a costly undertaking, and this year the UK government is intending to endorse plans by Shell to leave behind one steel jacket and the concrete bases beneath three of the platforms of its Brent oilfield installation,” the UK-based publication notes. “The plans have raised alarm in Germany over the estimated 11,000 tonnes of raw oil and toxins remaining in the base of the three Brent installations, Bravo, Charlie, and Delta, all erected in the East Shetland basin in the 1970s.”

And the current approval is just the beginning. “Several hundred oil drilling platforms in the North Sea are due to be decommissioned over the next three decades as they approach the end of their operational lifetime.”

“I’m genuinely taken aback by this,” said Jochen Flasbarth, a state secretary at the German environment ministry, noting that Germany and the UK usually work closely together on environmental issues. “Both countries are gravely concerned about the state of our oceans,” he added. “And then you just leave thousands of tonnes of contaminated water in the North Sea? I don’t get it. That isn’t consistent with an environmental policy that has advanced Britain’s reputation.”

Since the oil rigs are in British territory, the UK could theoretically ignore the other countries’ concerns, The Guardian says. But “with a looming Brexit deadline in October and growing European distrust of Britain’s inclination to meet outstanding obligations, the standoff may resemble the dynamics of the UK’s negotiations to leave the EU.”

The news story traces controversies over the handling of decommissioned fossil infrastructure back to 1995, and cites more recent concerns by some UK politicians and environmentalists that removing the rigs could do more harm than good. In June, after removing the 25,000-tonne topside of the Brent installations, Shell determined that “removing the contentious contaminated sediment inside storage cells would ‘on balance’ be too costly and risky,” The Guardian says.

A German government report concluded that Shell’s methodology was “fundamentally flawed” and contained a “high level of mathematical bias”, but Shell disagreed.

“Our recommendations are the result of 10 years of research, involving more than 300 scientific and technical studies. We established an independent group of scientific experts to review the findings and ensure all feasible decommissioning options were investigated thoroughly,” a spokesperson said.

“We submitted our recommendations following extensive stakeholder engagement, and only when we were confident that they were safe, technically achievable, and environmentally and socially sound.”

But the Scottish Wildlife Trust, which suggested in 2017 that abandoned oil rigs could transform into useful artificial reefs, took issue with Shell’s calculations.

“Considering the oil and gas industry has built up decades of expertise in drilling and extracting oil and gas from deep beneath the seafloor, it seems the task of removing all the pollutants from the GBS [gravity-based structure] cells would be fairly straightforward,” the Trust wrote.

“If you look at the tax arrangement that the British government entered with Shell, it is obvious that the UK is now seeking the cheapest solution rather than the most environmentally friendly,” Flasbarth added.

Blown Fracking Well in Louisiana on Fire Since August 30, Could Burn for Another Month