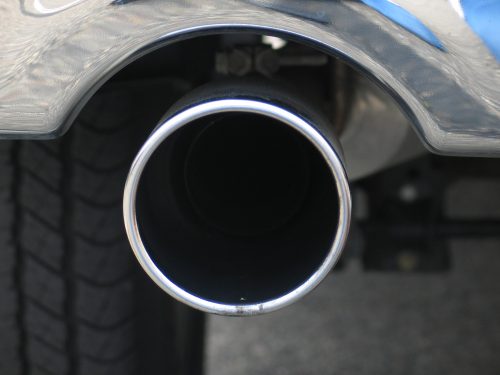 The Trump administration plans to follow through with an attempt to strip California of its hard-fought right to set tougher pollution control standards for cars and light trucks, the Washington Post reports, citing two senior government sources.

“The move sets up another legal clash between the federal government and the nation’s most populous state, which for decades under administrations of both parties exercised authority to put in place more stringent fuel economy standards.,” the Post states. “Thirteen states and the District of Columbia have vowed to adopt California’s standards if they diverge from the federal government’s, as have several major automakers.”

When the administration action is officially announced, it’s expected to rely on the argument that the 1975 Energy Policy and Conservation Act enshrines federal authority to set fuel economy standards. In a speech to the U.S. National Automobile Dealers Association, Environmental Protection Agency Administrator and ex-fossil lobbyist Andrew Wheeler stated that “we embrace federalism and the role of the states, but federalism does not mean that one state can dictate standards for the nation.”

California Attorney General Xavier Becerra came back with a promise of legal action, adding that his state’s clean car standards are “achievable, science-based, and a boon for hard-working American families and public health.” Governor Gavin Newsom said the federal action “could have devastating consequences for our kids’ health and the air we breathe, if California were to roll over. But we will not—we will fight this latest attempt and defend our clean car standards. California, global markets, and Mother Nature will prevail.”

Environmental groups promised to intervene in the case on California’s side. “There’s nothing in the Clean Air Act or EPA regulations providing for this unprecedented action,” U.S. Environmental Defense Fund senior attorney Martha Roberts told the Post. “The legislative history is explicit about broad authority for California. This is very well established legal authority that’s firmly anchored in the Clean Air Act.”

But “it is unclear who would prevail in a legal fight over California’s right to set tailpipe emissions,” the Post writes. “The state’s air regulators have consistently argued that they are limiting carbon dioxide emissions from vehicles, rather than overtly setting mileage standards,” and the story cites a former director of the EPA’s Office of Transportation and Air Quality who pointed to the strong case California could make for its need to curtail the pollutants that produce urban smog.

But “even Obama administration officials acknowledged that efforts to curb CO2 emissions from autos are inextricably linked to stricter mileage standards,” the Post states.