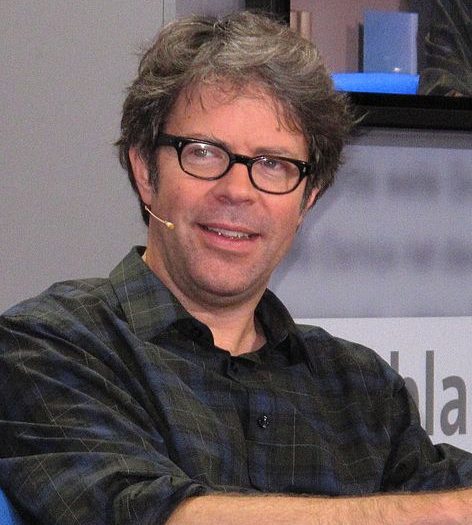 From the outpouring of criticism U.S. novelist Jonathan Franzen is receiving for his latest piece of overwrought climate fatalism in The New Yorker, he might want to confine himself to writing fiction. Or maybe unmitigated climate despair is so far off the science that he never actually left his preferred genre.

“The climate apocalypse is coming. To prepare for it, we need to admit that we can’t prevent it,” the magazine wrote, in its subhead for Franzen’s September 8 post. The climate community pushback that followed carried a consistent message: the only way we’re guaranteed to lose the fight on climate change is if we assume it’s already lost. Which makes the rising tide of climate despair a big impediment to the decisions and transition ahead.

“Shut up, Franzen!” climate scientist Kate Marvel agrees, in a headline in the normally staid Scientific American. “We are, I promise you, not doomed, no matter what Jonathan Franzen says,” she writes.

“We could be, of course, if we decided we really wanted to,” Marvel adds. But “it is precisely the fact that we understand the potential driver of doom that changes it from a foregone conclusion to a choice, a terrible outcome in the universe of all possible futures.”

In framing small, “winnable” battles as a counterpoint to the climate despair that infuses his post, Franzen is “far from alone in encouraging the masses to succumb to existential terror rather than believe there’s still ample, meaningful action to be taken to avert an utter crisis,” writes Grist climate advice columnist Eve Andrews. But every time a Jonathan Franzen rushes into (virtual) print, more readers lose track of that reality.

“The gravity of questions in my inbox has escalated from ‘What’s the best way to recycle my jeans?’ to ‘Should I end my own life to resolve climate change?’ I attribute the latter, which is a heartbreaking message to receive, to that insidious narrative,” Andrews states, when “there is so much to be done in between those extremes.”

Atkin recalls that this isn’t Franzen’s first dismissal of any hope for climate action or climate solutions: In 2015, he wrote that the climate fight is probably lost anyway, so environmentalists might as well follow his lead as a bird lover and focus on saving a few winged species.

“Franzen got roasted pretty hard for this take, but not hard enough,” she wrote, given what she describes as the novelist’s “‘Fact-Free Climate Manifesto Part Two’. No birds this time, but also no science either. Hooray!” While declaring herself a climate pessimist, Atkin says there’s a difference between acknowledging the odds and giving up the fight.

“You shouldn’t need the guarantee of success to fight for what you know to be right, especially when that fight will determine whether millions of people live or die,” she writes. “Franzen’s prescription to simply ‘rethink what it means to have hope’ seems like a real convenient way out of accepting our moral responsibility to future generations. The hardest thing in the world is to have courage—to work toward a goal despite pain, or grief, or really crappy odds. But that’s what solving the climate crisis will require.”

Marvel goes through the certainties and uncertainties that science can offer on the realities of climate change, including the feedback loops and “unknown unknowns” that can push the climate crisis beyond control. And she acknowledges that “there are times when the certainty of inevitability seems comforting. Fighting is exhausting; fighting when victory seems uncertain or unlikely even more so. It’s tempting to retreat to a special place—a cozy nook, a mountaintop, a summer garden—wait for the apocalypse to run its course, and hope it will be gentle.,” she writes.

But Andrews comes back with four pieces of advice, drawn from some of her greatest hits in past columns: “it makes zero sense to just accept defeat” when your survival is at stake, getting angry (and active) is more effective than feeling guilty, trying to run away is a mistake, and “there is so much more to be done before resorting to the most extreme options”.

And Atkin scorches Franzen’s contention that climate apocalypse must be inevitable because, as a non-scientist, he models the future by running “various future scenarios” through…his own brain. That’s “proof enough that his pessimism might be questionable,” she writes, citing a Twitter thread from climate advocate Genevieve Gunther that spotlights three small problems with his thread: “it distorts the science, it’s completely apolitical,” and “it contradicts itself: is the apocalypse coming, or should we all start local farmers’ markets?”

“It is rational pessimism to believe that 2.0°C of warming is coming no matter what we do. But it is irrational pessimism to say, as Franzen does, that once we hit 2.0°C of warming, human civilization is screwed forever, game over, goodbye,” Atkin concludes. “As long as we exist, we have the power to stop emitting carbon dioxide. The sooner we stop, the fewer human casualties will be lost in the war. Whether we stop at 2.0°, 3.0°, 6.0°, or when there are no humans left to emit carbon, is entirely up to us. But the latter scenario is the only one in which we lose.”

“I’m a climate pessimist because I think we’ll see casualties,” Atkin adds. “Technically, we already have. But I also know that the war’s still winnable. And not just because my brain models told me so.”