Refrigerant Management Would Save 89.7 Gigatons of Carbon Equivalent by 2050 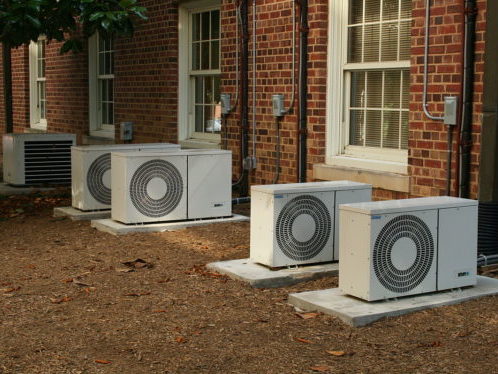 Refrigerant management places #1 on the Drawdown list of climate solutions, with potential to prevent the equivalent of 89.7 gigatons of carbon dioxide from entering the atmosphere by 2050.

The lead priority Drawdown attaches to this climate solution reflects the urgent need to carefully manage the phaseout of hydrofluorocarbons (HFCs), the chemical refrigerants that fairly recently replaced ozone-destroying CFCs and HCFCs in the world’s refrigerators and air conditioners.

HFCs were introduced in the wake of the 1987 Montreal Protocol on Substances that Deplete the Ozone Layer, and they’re great news for the ozone layer. But when they leak from a degrading or discarded appliance, they prove to be 1,000 to 9,000 more heat-absorbent than carbon dioxide.  A legally binding amendment to the Montreal Protocol, negotiated in October 2016 in Kigali, Rwanda with 197 signatories to date, will ensure a steady transition to non-HFC refrigerants, starting with high-income countries in 2019 and turning to developing countries in 2024.

The agreement will reduce the global warming that would otherwise have occurred by 0.5°C in “one giant swoop”.

But Drawdown says the transition will take time. In the meantime, with the use of air conditioning soaring as the planet warms, it will be essential to capture and neutralize HFC refrigerants that are still entering the atmosphere. While those processes carry a hefty price tag, with no likely mechanism to recover costs, Drawdown notes that the equally hefty climate payoff is clear.