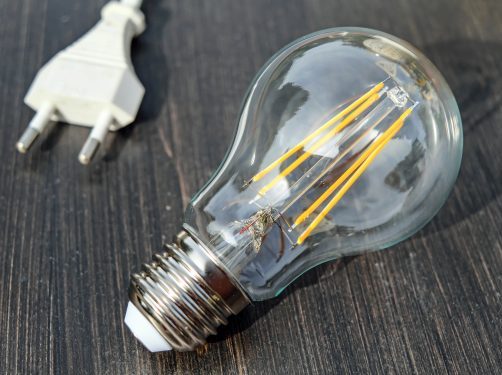 In what one major business-environment coalition is calling an “unforced error”, the Trump administration is moving to weaken a George W. Bush-era light bulb efficiency standard that dates back to 2007, was due to take effect in the new year, and would save enough electricity to power every home in New Jersey and Pennsylvania.

“The proposed changes would eliminate requirements that effectively meant that most light bulbs sold in the United States—not only the familiar, pear-shaped ones, but several other styles as well—must be either LEDs or fluorescent to meet new efficiency standards,” the New York Times reports. The new rule “would have all but ended the era of the incandescent bulb invented more than a century ago,” and “eliminating inefficient bulbs nationwide would save electricity equivalent to the output of at least 25 large power plants.”

The government claims the rollback will benefit consumers by keeping prices down and cutting government regulation, the Times says. But in fact, “eliminating the 2020 standards for all light bulbs would cost U.S. consumers up to $14 billion annually, which works out to more than $100 in lost bill savings every year per household,” the American Council for an Energy-Efficient Economy said in a release. “The rollback would increase annual climate change emissions by about 38 million tonnes per year, or approximately the amount emitted by eight million cars.”

“It makes zero sense to eliminate energy-saving light bulb standards that will save households money on electricity bills and cut climate change emissions by reducing the amount of coal and gas burned in power plants,” said Andrew deLaski, executive director of the Appliance Standards Awareness Project (ASAP). “LED light bulbs are a proven, popular product—it’s time for the national minimum standards to catch up to today’s technology. Instead, the Trump administration is siding with manufacturers that want to keep selling outdated, energy-wasting light bulbs.”

“The Energy Department flat out got it wrong today,” agreed Jason Hartke, president of the non-profit Alliance to Save Energy. Calling the move an “unforced error,” he added that “wasting energy with inefficient light bulbs isn’t just costly for homes and businesses, it’s terrible for our climate.”

DOE spokesperson Shaylyn Hynes said the 2007 regulation requires the government to take action “only when doing so would be economically justified. These standards are not.” She added that the Trump rollback “will ensure that the choice of how to light homes and businesses is left to the American people, not the federal government.” The National Electrical Manufacturers Association, which applauded the rollback, said the decision wouldn’t slow down the market transition to energy-saving bulbs.

The Times points to energy-efficient light bulbs as “one of the largely unsung success stories” in the effort to cut U.S. energy use and greenhouse gas emissions. But as the technology shift began picking up momentum in 2014, “some conservative lawmakers and commentators turned the transition into a partisan dispute during the Obama administration, warning that the Democratic administration would force people to buy inferior bulbs. More recently, though, that notion of a partisan divide has faded,” with LEDs selling well across all 50 U.S. states, “red” as well as “blue”.The Times elaborated on the trend in a March, 2019 explainer on America’s “light bulb revolution”.