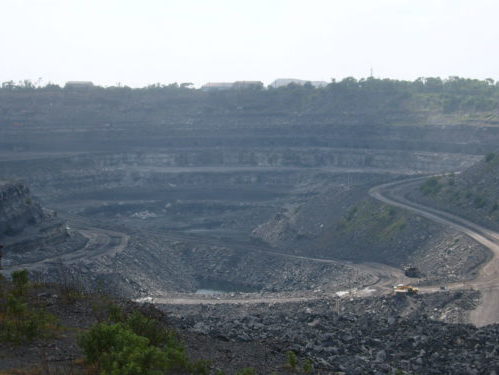 India’s coal sector faces a multitude of serious threats, as customers report they have more supply than they need, water supplies run short, and affordable renewable energy and hydropower increasingly undercut demand for their product, states a report released last week by the Institute for Energy Economics and Financial Analysis (IEEFA) and the Applied Economics Clinic at Boston’s Tufts University.

The ultimate risk is that coal facilities will become “stranded assets”, with no pathway to recover the funds investors have sunk into their development, IEEFA writes.

“The energy landscape has changed dramatically in recent years and there are increasing stressors, particularly on the thermal coal sector, that require urgent attention, water being one of the most prominent,” said co-author David Schlissel, IEEFA’s director of resource planning analysis.

“India’s overbuilt coal power capacity has left two related problems,” added co-author Bryndis Woods, researcher with the Applied Economics Clinic. “First, utilization rates have fallen, impairing the economic competitiveness of coal plants because they must spread their costs over a diminishing number of kilowatt-hours. Second, overcapacity has burdened the system as a whole, since the plants’ capital costs still need covering even if their electric output is not needed.”

The report concludes that a coal plant construction boom in the early 2010s left the industry with 20% more generating capacity than the country needs when demand hits its peak, and 50 gigawatts more than average demand. The disparity peaks during monsoon season, when coal generation is curtailed while wind and hydro output peak.

The industry’s other big headache is that “groundwater levels across India are in decline,” IEEFA notes. “Since 2012, both total annual rainfall and monsoon rainfall have generally been below normal levels—a major concern for coal generation, which requires substantial amounts of water for steam production and cooling.”

Between 2013 and 2017, the report says, water shortages led to 61 coal plant shutdowns and the loss of 17,000 gigawatt-hours of electricity production—and the associated revenue the companies were counting on. The country has 41 GW of coal capacity located in areas affected by drought, including 37% in “extreme drought” regions.

The report urges India to adopt a policy of no new coal generation beyond plants already under construction, review plants under construction for possible cancellation, assess the financial viability of the country’s oldest coal facilities, and make it a priority to replace coal plants in drought-stricken areas with low-cost wind and solar.