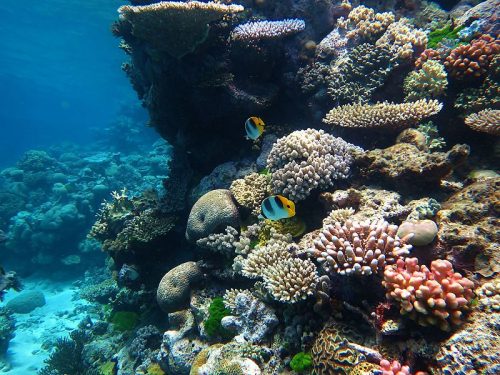 An Australian government agency has downgraded its outlook for the Great Barrier Reef to “very poor” for the first time, shining a light on what the Financial Times describes as a “fierce battle between environmental campaigners and the government over the country’s approach to climate change”.

The Times notes that Australia has seen its greenhouse gas emissions increase every year since 2015, and holds the distinction of being the first country ever to cancel a national carbon tax.

“The window of opportunity to improve the Reef’s long-term future is now,” the Great Barrier Reef Marine Park Authority declared last week, in the latest in a series of reports it issues every five years. “Strong and effective management actions are urgent at global, regional, and local scales.”

The Authority based its conclusion on record-breaking ocean temperatures, poor water quality, a recent mass bleaching event, and its concern for the thousands of species with a “high” dependence on the reef.

“The Great Barrier Reef is the world’s largest living structure and has become a potent symbol of the damage wrought by climate change,” the Times reports, in a post republished by InsideClimate News. “The deterioration of the outlook for the reef to ‘very poor’—from ‘poor’ five years ago—prompted a plea from conservation groups for the Liberal-National coalition government to move decisively to cut greenhouse gas emissions and phase out the country’s reliance on coal.”

The World Wildlife Fund for Nature said the downgrade could prompt UNESCO to list the reef, which contributes A$6.4 billion and thousands of jobs to Australia’s economy, as a world heritage site in danger.

“Australia can continue to fail on climate policy and remain a major coal exporter, or Australia can turn around the reef’s decline. But it can’t do both,” said WWF-Australia’s head of oceans, Richard Leck. “That’s clear from the government’s own scientific reports.”

The Morrison government maintains it’s working to reduce emissions and disputes the evidence that the  reef is dying.

“A fortnight ago I was on the reef, not with climate sceptics but with scientists,” wrote Environment Minister Sussan Ley. “Their advice was clear: the Reef isn’t dead. It has vast areas of vibrant coral and teeming sea life, just as it has areas that have been damaged by coral bleaching, illegal fishing, and crown of thorns [starfish] outbreaks.”