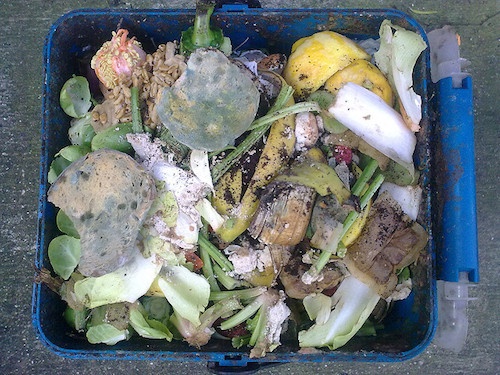 Reduced food waste places #3 on the Drawdown list of climate solutions. Reducing global food waste by 50% could decrease carbon emissions by a total of 70.53 gigatons by 2050, including emissions that would be cut by preventing deforestation for farmland.

Hunger is a pressing issue world-wide, yet a third of the global food supply ends up wasted—and food waste contributes significantly to greenhouse gas emissions. In fact, food waste makes up almost 8% of total human-generated greenhouse gas (GHG) emissions, placing it just behind China as the world’s third-biggest GHG emitter.

Food is wasted all over the world, for various reasons. In lower-income countries, infrastructure is mostly to blame: Drawdown explains that food wastage is structural in nature and the combined result of high heat, poor roads, limited or no storage and refrigeration, and deficient packaging, which result in spoilage. In high-income countries, food waste is largely intentional: it occurs primarily cosmetic reasons, or consumers just don’t eat what they buy.

The chapter describes these gaps as a lack of “kitchen efficiency”. When food gets tossed, resources including land and water are wasted, and methane gas is created from idle organic waste.

A successful effort to reduce and prevent food waste will call for better infrastructure in low-income countries, and new policies and attitudes in higher-income countries. Date labels, which Drawdown describes as unregulated and misleading for consumers, should be standardized to focus on health and safety rather than taste. Drawdown also highlights the importance of consumer education campaigns that promote “ugly” produce and creative ways to reuse food waste for the public good. National policy changes should follow the lead of France and Italy, where it is now illegal for supermarkets to dispose of leftover food.

Drawdown points to prevention as the key to cutting emissions produced by food waste. “Given the complexity of the supply chain that food travels, waste reduction depends on the engagement of diverse actors: food businesses, environmental groups, anti-hunger organizations, and policy-makers.” And, of course, the billions of eaters across the globe will need to be involved, particularly where food waste is most prevalent—including in Canada.