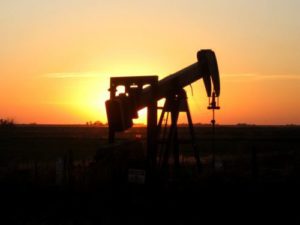 Denmark’s $20-billion MP Pension fund is selling off its shares in 10 of the world’s most colossal fossils, after concluding they aren’t serious enough about meeting their responsibilities under the 2015 Paris Agreement.

“The companies are still working against more demanding climate regulation—despite the companies’ public support for the Paris Agreement,” MP said in a statement released yesterday. While four of the big European fossils on the list—BP, Shell, Total, and Equinor—were “showing signs of transitioning,” they stood in contrast to the other six, and none of the 10 had business models that were compatible with the Paris targets.

“The divestments announced on Tuesday represent about two-thirds of MP’s stock holdings in oil,” Bloomberg writes, citing the fund’s head of investments, Anders Schelde. “MP, which is based outside Copenhagen, said it will assess over 1,000 oil companies before the end of 2020 as part of its goal of revamping its portfolio to be more focused on the climate.”