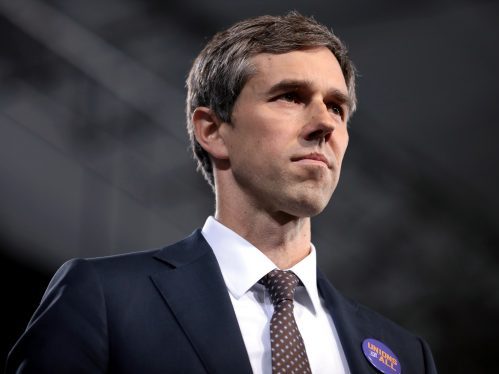 The U.S. Democratic National Committee (DNC)’s recent decision to double down against any kind of climate debate that would find the party’s candidates sharing a stage—and airing a wide spectrum of opinions on what climate action should look like—has left a number of 2020 hopefuls angry, youth climate activists disillusioned, and a corruption watchdog crying foul.

Two days after the DNC resolutions committee refused to recommend a party-sanctioned climate debate, but offered a compromise that would allow candidates to participate in events sponsored by third parties, the DNC as a whole voted to deny the presidential hopefuls any opportunity to publicly engage with each other on the climate crisis, EcoWatch reports.

While news outlets like CNN and MSNBC do intend to host climate forums this September, “the candidates will have to speak separately and will not be able to engage each other,” the publication states.

Candidate and former Texas Representative Beto O’Rourke called that decision “as baffling as it is alarming,” adding that “our planet is burning—the least we can do as a party is debate what to do about it.”

DNC Chair Tom Perez countered that it would be “unfair to single out one issue for discussion over others.” But those who’ve been pushing urgently for a climate-specific debate, like the youth-led Sunrise Movement, point out the climate crisis isn’t “just another issue,” EcoWatch notes.

And they say the Democrats ignore youth concerns about the climate crisis at their peril. “The Democratic Party needs the energy, motivation, and organizing capacity of young people to defeat Trump in 2020,” the Sunrise Movement noted. “But Tom Perez keeps shooting the party in the foot by rejecting that energy and turning it away.”

“It shatters the trust the party is so barely holding onto,” added activist Jasper Wilde, 29. “Young people are going to see this as another reason they shouldn’t believe in the Democratic Party.”

Citing corruption watchdog The Sludge, EcoWatch says the DNC has “taken at least US$60,750 from owners and executives of fossil fuel companies” since January. Such largesse became possible in the wake of a successful 2018 resolution, put forward by Perez, to permit the DNC to accept donations from fossil PACs and employees.Even so, “the climate debate fight is not necessarily over,” EcoWatch writes, noting that Rep. Tim Ryan is rallying his fellow candidates to defy party brass and join him at a third-party climate debate in northeastern Ohio. Ryan condemned the DNC for denying his party “the opportunity to show America that a strong agenda that reverses climate change means high-paying manufacturing jobs for American union workers and solid profits for American farmers.”

Automakers Side with California Against Trump’s Fuel Economy Rollback