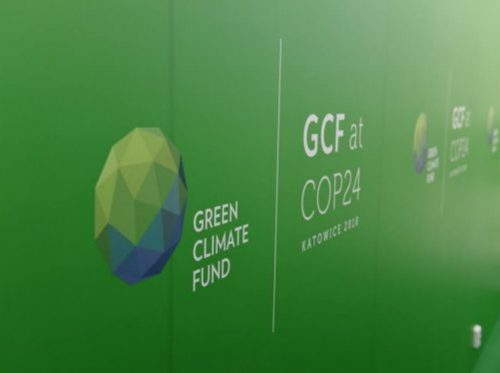 Canada and the United Kingdom both announced new contributions to the United Nations Green Climate Fund (GCF) during last weekend’s G7 meeting in France, but Canada’s announcement brought immediate concern the level of funding would short-change the countries most affected by the climate crisis.

The Songdo, South Korea-based GCF was formed in 2010, after the world’s wealthiest countries agreed at the mostly disastrous 2009 UN climate conference in Copenhagen to devote US$100 billion per year to climate action in the developing world by 2020. The fund has been underfunded ever since, and a key meeting last summer largely collapsed in disarray. Last fall, it approved 19 new projects worth US$1 billion including a controversial, $9.8-million water conservation grant to Bahrain’s National Oil and Gas Authority, and launched the hunt for more funding.

Germany and Norway announced increased contributions late last year, the GCF says. The UK joined in during the G7 meeting, committing £720 million in new funds between 2014 and 2019, and Canadian Prime Minister Justin Trudeau promised C$300 million. Ottawa is also hosting a two-day GCF meeting in Ottawa beginning tomorrow, and the fund says a pledging conference is scheduled for this fall.

“The Green Climate Fund welcomes the Canadian government’s commitment to contribute funds to GCF,” the agency said in a release. “This reflects Canada’s strong interest in promoting transformative climate outcomes in developing countries. The announcement reflects global support for the Fund to help developing countries raise and realise climate ambitions.”

Canadian climate and international development groups welcomed the announcement, but noted that it still falls far short of the country’s fair share contribution to tackling the global dimensions of the climate emergency.

“The Green Climate Fund is one of the best tools Canada can use to reduce poverty and promote gender equality”, said Paul Hagerman, co-chair of the Canadian Coalition on Climate Change and Development (C4D) and director of public policy at the Canadian Foodgrains Bank. “The GCF provides support to many developing countries to adapt to changes in rainfall and increasing storms which are threatening to undo recent progress in many developing countries, especially for women and girls who are farming and caring for their families.”

However, “at a time when the United Nations Secretary General, the Parliament of Canada, youth, women, scientists, and others around the world are calling for bold new measures to tackle the climate crisis, the Prime Minister’s GCF pledge falls short of the level of ambition needed from Canada,” said CARE Canada President and Interim CEO Mara O’Brien James. “

Today’s announcement is a missed opportunity to align Canada’s international climate finance with its Feminist Foreign Policy objectives, and to do its part to make the Paris Agreement work for advanced and developing economies alike,” agreed CARE Policy and Influence Lead Shaughn McArthur.

“At this moment of climate emergency, Canada’s contribution to the first replenishment is welcomed,” said Eddy Perez, international policy analyst at Climate Action Network-Canada (CAN-Rac). But “we encourage Canada to announce that it intends to provide all C$300 million in grants and not loans,” he added.

Tuesday evening, CAN-Rac Executive Director Catherine Abreu followed up with her own short Twitter storm on the G7 and Canada’s climate performance. “Canada’s is NOT the worst climate plan in the G7,” she tweeted. “ALL the G7 countries’ #climate plans are completely inadequate, particularly in light of the fact that they’re the world’s richest countries with the greatest capacity to act.”

But “when it comes to climate plans, the current government of Canada has done more than any previous Canadian government. Yup—they bought a pipeline and they’ve still done more to plan and implement climate action. That’s how profoundly past governments have failed on this issue,” she added.

“What that means is the NEXT government of Canada (shoutout #Election2019) has a whole lot of work to do because, while some important groundwork has now been laid, our level of ambition on climate action is still completely inadequate, like all the other G7 nations.” And “don’t even get me started on how even fossil fuel-producing countries like Canada that are trying to figure out climate plans are obsessed with how special and ‘clean’ their fossil fuels are compared to everyone else’s, and how much that limits climate action everywhere.”