Managed Grazing Would Save 16.3 Gigatons of Carbon by 2050 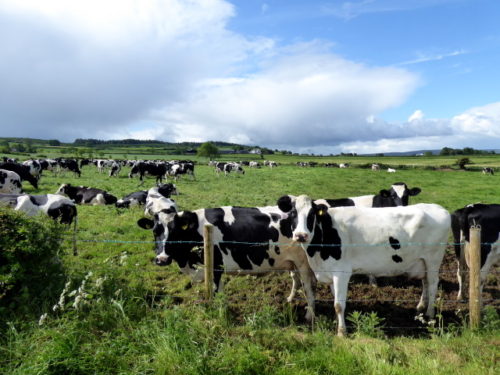 Managed grazing ranks #19 on the Drawdown climate solutions list. Altering conventional grazing practices would sequester 16.3 gigatons of carbon dioxide by 2050, making it the second-most effective land use carbon sequestration solution. Extending the approach to 1.1 billion acres, up from the 195 million acres where they are now in use, would cost US$50.48 billion to implement and deliver savings of $735 billion by 2050.

The aim of managed grazing is to change grazing patterns to more closely mimic the habits of migratory herds on intact grasslands. On those rangelands, herd animals “cluster tightly for protection; munch grasses to the crown; disturb the soil with their hooves, intermixing their urine and feces; and then move on,” Drawdown explains.

One quarter of the land on earth—3.3 billion hectares—is used to graze cattle, sheep, goats, and other livestock. Managed grazing focuses on changes to the timing, intensity, and stocking rates of livestock. Drawdown points to three high-impact shifts that not only sequester carbon—they also preserve nutrient levels in soil, retain water, and increase the amount of available forage:

• Decreasing the number of animals per hectare or acre on land where continuous grazing occurs;

• Dividing land into smaller enclosed paddocks and moving animals through them quickly; and

• Rotating animals from pasture to pasture to allow larger rangelands to recover.

Managed grazing won’t eliminate the methane produced when ruminants digest the cellulose in the grasses they consume. And it’s a lot of methane—approximately one-fifth of the world’s greenhouse gases are generated by livestock used to produce meat and dairy food products.

But Drawdown says changing grazing patterns will offset the 10 gigatons of methane emitted by livestock over the next 30 years. Even if plant-rich diets are widely adopted by Western cultures, the summary says there is likely to be some ongoing demand for animal-based food products, so the impact of managed grazing will still be significant.