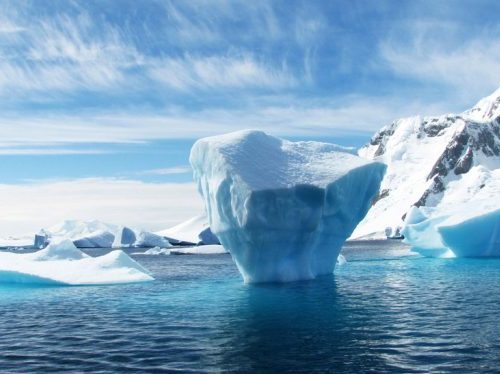 While Donald Trump’s recent ruminations about “buying Greenland” proved excellent fodder for political satirists, there is realpolitik at work in the White House’s sudden interest in acquiring the mineral-rich, strategically significant “constituent country”, reports the Guardian.

Though Trump himself has described the venture as “essentially a large real estate deal”—as if he were hankering after yet another golf course—his advisors are certainly more interested in what lies beneath the 2.1-million-square-kilometre island’s rapidly-melting ice.

What Greenland’s land mass holds are some of the planet’s largest deposits of rare earth metals vitally needed for use in cell phones, computers, and rechargeable batteries like those found in electric cars. Which means the United States’ sudden wooing of Greenland might owe to its increasingly tense trade relations with China.

High North News adds that “the idea to purchase Greenland should be seen from a high politics and geostrategic perspective,” particularly as a melting polar region becomes more accessible.

“As Greenland has a huge geostrategic importance as part of both the Arctic and the North American continent—and hence is subject to the Monroe Doctrine—it is a priority to maintain and possibly enhance American presence, while keeping China at a distance,” said Arctic Institute Senior Fellow Marc Jacobsen. Greenland hosts the United States’ northernmost air base at Thule, the U.S. State Department is re-establishing a permanent presence in Nuuk, and Chinese companies have been investing in mining projects and an airport. Now, “the U.S wants to get there before China or others get in the way of its interests,” said University of Aalborg associate professor Ulrik Pram Gad.

Not that there’s much evidence that the current White House occupant and failed real estate magnate has found a willing seller.

“Back off,” has been Greenland’s (very polite) message. “Greenland is rich in valuable resources such as minerals, the purest water and ice, fish stocks, seafood, renewable energy, and is a new frontier for adventure tourism,” the Ministry of Foreign Affairs tweeted, in its initial response to news of Trump’s interest. “We’re open for business, but not for sale.”

In the face of further firm assurances that Greenland is not looking to sell itself to anyone, and cannot be bought, Trump has indefinitely put off his September trip to Denmark.

But not before “Forget Greenland…Buy Canada!” became one of the more memorable rejoinders on offer as irritated Danish politicians and bemused White House aides awaited further (d)evolutions in Trump’s mogul musings.

Canada + United States would be “an economic and Olympic powerhouse”, and the impoverished post-Brexit UK would undoubtedly find good uses for its share of the purchase price, he asserted. And “in acquiring the second-largest country by geographic size, Trump would cement his name in the history books.”

On top of the cash payment—”$10 trillion to the Crown, $10 trillion to be distributed among the residents of Canadialand”—Drezner said the U.S. should offer Canada a one-for-one exchange of Loonies for greenbacks, plus full political representation for each province and territory in both the House of Representatives and the Senate.