Solar Price Beats Grid Electricity in Every City Across China 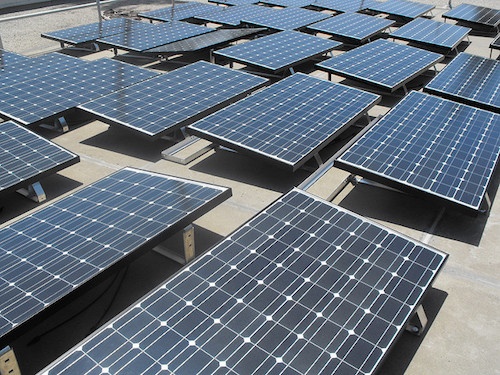 Subsidy-free solar is now less expensive than grid electricity in virtually every city across China, according to a paper published this week in the journal Nature Energy.

“While previous studies of nations such as Germany and the United States have concluded that solar could achieve grid parity by 2020 in most developed countries, some have suggested China would have to wait decades,” Carbon Brief reports. But in a finding that “could boost the prospects of industrial and commercial solar,” the researchers found that projects in every city they analysed “could be built today without subsidy, at lower prices than those supplied by the grid, and around a fifth could also compete with the nation’s coal electricity prices.”

“The conclusion that industrial and commercial solar is cheaper than grid electricity means that the workshop of the world can embrace solar,” said Carbon Tracker energy strategist Kingsmill Bond, “without subsidy and its distorting impacts, and driven by commercial gain.”

The study, led by Prof Jinyue Yan of Sweden’s Royal Institute of Technology, attributes the rapid drop in solar prices to a combination of past government subsidies and overinvestment in “redundant construction and overcapacity”. However, beginning with subsidy cuts last year, “the Chinese government has been trying to lead the PV industry onto a more sustainable and efficient development track,” focusing less on scale and more on the quality of its end product. That shift “brought the industry to a crossroads” and focused more attention on the path to grid parity.

Carbon Brief adds that “declining costs of solar technology, particularly crystalline silicon modules, mean the trend in China is also playing out around the world,” with the International Renewable Energy Agency projecting that grid parity for solar will become a global norm beginning early next year.

But Jenny Chase, head of solar analysis at Bloomberg New Energy Finance, said the study contains “fairly old news” that may not be enough in itself to drive a surge in solar uptake.

“This is partly because of the long-term thinking required for investment to be seen as worthwhile,” Carbon Brief explains, when “the lifetime of a PV system tends to be around two decades, whereas the average lifespan of a Chinese company is only around eight years”. The even simpler explanation, Chase added, is that “companies just can’t be bothered a lot of the time—there are roofs all over Europe where solar could probably save money, but people are not jumping to do it.”

A “much more exciting” development last year was when China offered solar projects a 20-year guarantee of the current price for coal-fired power, in what amounted to a low feed-in tariff to support “a lot of nice, low-risk projects.” But she said there’s less immediate buy-in when a country sees solar hit the threshold where it beats other forms of electricity in head-to-head competition. “Grid parity solar is never as popular as subsidized solar, and ironically you don’t generally have a rush to build grid parity solar because you may as well wait until next year and get cheaper solar,” she told Carbon Brief.