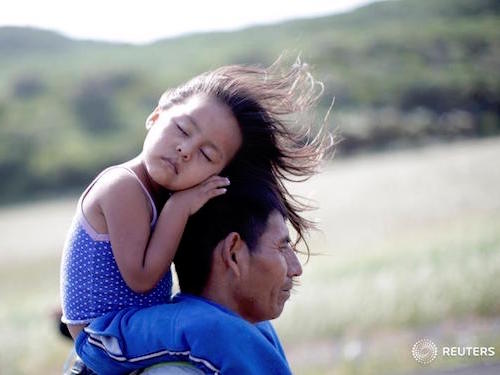 The Canadian Paediatric Society and the Ontario Public Health Association are both out with new warnings about the impacts of climate change on children’s health.

In Edmonton this week, the CPS issued a new guidance paper that cites heat sickness, poor air quality, water contamination, and the mental health impacts of natural hazards, extreme weather, and displacement as emerging child health issues made worse by the climate crisis. It’s urging health professionals to “press all levels of government for measures that curb it,” The Canadian Press reports.

“Because of their growing and developing bodies, children are more vulnerable than adults to the effects of climate change,” pediatrician and lead author Dr. Irena Buka said in a release. “Climate change is the greatest global health threat of this century and children are particularly vulnerable to its effects.”

“The science is showing that there are direct links between global warming and health,” but “our research shows that Ontarians aren’t aware of the health impacts of climate change,” Walsh said, as she introduced makeitbetterontario.ca, a health information website for parents that links climate change and child health. “People think about something that’s far off, like melting glaciers in Greenland or starving polar bears. But there hasn’t been enough attention on something that’s much closer and more precious: our own children.” The two organizations released their new work as a new study cited air pollution as a cause of a host of chronic diseases, some of them affecting the brain, and a movement backed by the American Medical Association pressed U.S. medical schools to include climate change education in their curricula.