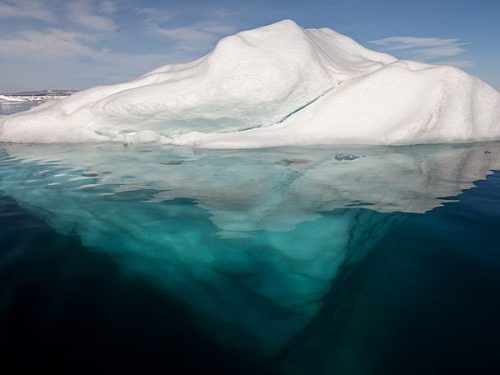 Caught up in the harrowing fallout from the planet’s hottest July—and June—on record, Greenland shed a mind-boggling 10 billion tonnes of ice in a single day, while Siberia lost a Belgium-sized section of its boreal forests to monster wildfires that have sent emissions soaring.

While much of southern Europe sweltered through days (and nights) of killing heat throughout July, Greenland also sweated far to the north, with its massive ice sheet suffering a “net mass loss of some 197 billion tonnes” over the course of the month, reports the Associated Press.

While Mottram said the melt was expected to peak shortly after this catastrophic loss, she noted that with clear skies in the long-range forecast, further ice loss was expected. So long as the sun was shining, she said, “we can still get a lot of ice melt even if the temperature is not spectacularly high.”

Such news bodes ill for coastal cities, writes AP, flagging a June 2019 study which found “melting ice in Greenland alone will add between five and 33 centimetres to rising global sea levels by the year 2100.”

The record summer heat has also found Greenland “battling a slew of Arctic wildfires,” the news agency adds. As reported by the Guardian on Monday, satellite images show fires “stretching across an area 380 kilometres wide” across the semi-autonomous Danish territory.

Siberia’s vast boreal forests (alongside those of Alaska, which has likewise suffered a summer of searing heat) are also going up in toxic, climate-warming smoke. According to a recent update from Bloomberg, “temperatures in June and July were the hottest ever charted globally, with parts of Siberia where the fires are concentrated reaching 10°F/6.0°C above the 30-year average from 1981 to 2010.” The Guardian adds that, “in Siberia alone, the two-month inferno [has] destroyed 4.3 million hectares of taiga forest.”

“I don’t remember a situation where the fires burned this long, and I’ve been in forest management since 1972,” Pyotr Tsvetkov, forest fire lab manager at the Sukachev Forest Institute in the sprawling Siberian region of Krasnoyarsk, told Bloomberg. Noting that “there aren’t many fires, but they are over a huge territory and the smoke covers hundreds of kilometres,” Tsvetkov added, “there’s no air to breathe in Krasnoyarsk and the smoke has made it to the Urals.”

After weeks of foot-dragging at both state and national levels, help has finally arrived, with President Vladimir Putin declaring a state of emergency across much of Siberia and ordering Russia’s military into the vast fire zone to help beat back the flames. Critics charge that such aid comes far too late, and in the wake of a systemic failure to properly fund forest management and wildfire control. Equipped with “just 3,000 firefighters and 24 aircraft,” the state’s aerial forest protection agency had “mobilized to extinguish less than 4% of the forest fires” before outside help arrived.

And even with the aid of the Russian army, “over 900,000 hectares in Krasnoyarsk continue to burn,” writes Bloomberg.

While Russian authorities last week floated the idea that the Siberian fires may have been deliberately set by arsonists anxious to conceal illegal logging, others find such a thesis “unlikely…given Russia’s stagnant economy,” and declare “the increase in fires [to be] almost certainly a consequence of climate change.”

The head of Russian’s own meteorological service agrees. Speaking at a news conference in late July, Maxim Yakovenko declared that the cause of the forest fires “lies above. It’s the climate change that has already occurred.”

And whomever it may finger as the proximate cause for this summer’s conflagration, Moscow does appear to be waking up to the reality of the climate crisis, reports Bloomberg, with Prime Minister Dmitry Medvedev recently ordering “a raft of measures to revise how the country protects its forests.”

“It’s crucial in the fight against fires that they provide enough money,” said Grigory Kuksin, head of Greenpeace Russia’s fire bureau, who urged Moscow to secure and deliver an adequate firefighting budget. “Only then can Russia protect against catastrophic fires next year,” he said.

And less than two years after Putin joked that global warming would be good for a nation infamous for bone-chilling cold, Russia’s economy ministry “is drafting a plan for adapting the economy to increasing climate-related events such as forest fires.”

Ironically immediate to the oil and gas-producing titan’s economic concerns is the fact that the wildfires still raging in eastern Siberia have forced Russian fossils to suspend drilling and evacuate workers.

Confronted by multiple infernos across the Arctic, writes Grist, scientific agencies like the European Centre for Medium-Range Weather Forecasts are describing the fires as “unprecedented” in their frequency, geographic spread, and especially “the intensity of the blazes and their associated carbon emissions.” After tracking the heat output of fires, the Centre declared their “fire radiative power” the highest ever in the satellite record. For June and July, Grist writes, the fires’ “eye-popping carbon emissions” exceeded 140 megatons, equal to Belgium’s national emissions in 2018.And even when Russia’s far northern forests finally stop burning, melting permafrost will continue to bring ever greater misery to those Arctic inhabitants, human and not, as they struggle day to day to survive temperatures rising at twice the global rate, the New York Times observes.