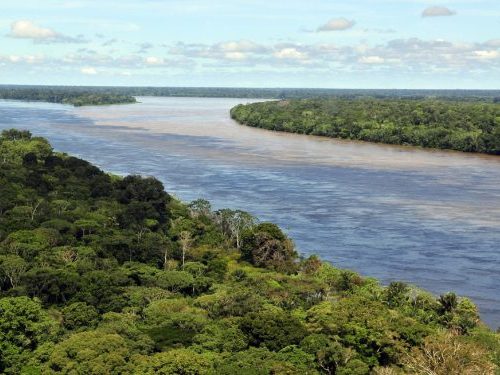 An influential UK newspaper is calling on the European Union to step up and help prevent a global deforestation disaster, after Brazil’s National Institute for Space Research reported that Amazon rainforest destruction had “exploded” to an estimated 2,254 square kilometres in July.

The month of destruction covered an area half the size of Philadelphia and represented a 278% increase in deforestation compared to the same month last year. The news hit just a day before a landmark report from the Intergovernmental Panel on Climate Change detailed the drastic changes in forestry and other land use practices that will be needed to stabilize global climate systems.

The revelation had President Jair Bolsonaro taking umbrage at his international portrayal as “Capitão Motoserra” (Captain Chainsaw) and mocking President Emmanuel Macron of France and Chancellor Angela Merkel of Germany, both of whom had expressed concern about the surge in Amazon deforestation since Brazil’s new far-right government took office in January.

“The far-right populist repeated claims that his administration—which critics accuse of helping unleash a new wave of environmental destruction—was the victim of a mendacious international smear campaign based on ‘imprecise’ satellite data,” The Guardian reports. “But as he spoke, official data laid bare the scale of the environmental crisis currently unfolding in the world’s biggest rainforest, of which about 60% is in Brazil.”

“It’s almost as if a licence to deforest illegally and with impunity has been given, now that you have the [environmental] inspection and control teams being attacked by no less than the president of the republic and the environment minister,” said Rômulo Batista, an Greenpeace campaigner based in the Amazon city of Manaus. “This is a very worrying moment.”

Last year, during a visit to the Amazon, Bolsonaro told The Guardian that as president he would target “cowardly” environmental NGOs who were “sticking their noses” into Brazil’s domestic affairs, the paper states.

“This tomfoolery stops right here!” Bolsonaro said at the time.

The latest news has the Guardian editorial board pointing to a recent trade deal between the EU and four South American countries, including Brazil, as an indication that climate diplomacy could be a key factor in limiting the damage in the Amazon.

“Already, the prize of access to EU markets is credited with having convinced Brazil not to follow Donald Trump’s lead by withdrawing from the Paris climate deal,” the editors write. “Now the EU must strengthen its environmental commitments, as a letter from 600 scientists demanded before the deal was agreed.”

The editorial points to alarming increases in logging, illegal gold mining, and violence against Indigenous people in the Brazilian Amazon, after support from agribusiness and mining interests propelled Bolsonaro to electoral victory last year.

“Protecting the world’s largest tropical rainforest, thought to contain 30% of all species, has rightly been an important focus for Brazilian and global environmental policies for two decades,” the editorial states. “But less than a year after Mr. Bolsonaro’s election, the national environment agency appears significantly weakened, with enforcement actions during the first half of 2019 down 20% on the same period in 2018. Prosecutors and activists have been intimidated, while public opinion is mostly engaged elsewhere (for example, on pension reforms).”

With Capitão Motoserra aggressively asserting that Brazil’s management of the Amazon is no other country’s business, The Guardian says the forest’s international defenders “must tread carefully”. But “environmentalists, including Green politicians, should work through European political institutions, in the knowledge that the EU is the second-biggest market for Brazilian exports. Firm pressure must be brought to bear in the form of strong environmental regulations, and a refusal to compromise on transparency. Beef or soya farmed on illegally cleared land must not be imported to Europe.”

In late July, coverage in The Guardian captured mounting alarm in Amazonian Indigenous communities as Bolsonaro’s agenda for the region begins to play out. “Campaigners believe that under Brazil’s new administration, Indigenous communities face their most severe threat since military rulers bulldozed highways through the region nearly five decades ago, leaving behind a trail of death and environmental destruction,” the paper writes.

“Not since the dictatorship have we lived through such a tough moment,” said Jaime Siqueira, head of the non-profit Indigenous Work Centre.

“We are in a situation of great danger,” with Bolsonaro “proving himself to be the number-one enemy of the Indigenous,” agreed Ewerton Marubo, a leader from the Javari Valley, an Indigenous territory nearly the size of Portugal that houses the country’s largest concentration of uncontacted tribes.

“Like other Indigenous territories in the Amazon, the Javari Valley—created in 1998 in an effort to protect its dwellers and their homes—has long suffered incursions from intruders seeking to cash in on its abundant natural resources,” The Guardian explains. “But as Bolsonaro ratchets up his anti-Indigenous rhetoric and continues to dismantle FUNAI—the already chronically underfunded agency supposed to protect Brazil’s 300-odd tribes—Javari leaders fear a dramatic deterioration.”

“The current government’s dream is to exterminate the Indigenous people so they can take our land,” asserted Kevin Mayoruna, a leader from Javari’s Matsés tribe. “All he thinks about is money. All he thinks about is deforestation. But “the forest isn’t just for us Indigenous,” added Matsés leader Marcos Mayoruna. “It’s for everyone.”Bolsonaro, meanwhile, was talking tough this week, after Germany announced it was cutting off €35 million in international climate aid in response to Brazil’s deforestation crisis. “They can use this money as they see fit,” he said. “Brazil doesn’t need it.”