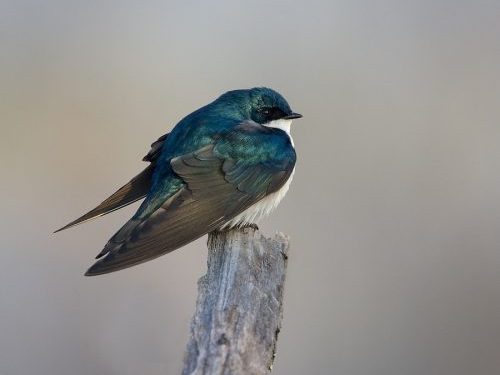 Alberta bird populations have declined dramatically over the last 50 years, and a Calgary naturalist and citizen scientist is blaming a combination of human activity and climate change.

Critchley serves on the board of the Leighton Nature Centre, 25 kilometres southwest of Calgary near Millarville, and has been involved with the organization’s bird nesting box program since 2016. He cited two at-risk species that will need human intervention to survive: the mountain bluebird and the tree swallow.

“They are almost totally dependent on humans to build nest boxes for their survival, because of invasive species like European starling and house sparrow,” he said. “It’s really important that we do what we can to actually create habitat for them so that they can survive and nest and reproduce.”

CBC cites the 2019 State of Canada’s Birds report, a 12-page Environment and Climate Change Canada release that shows some species recovering or facing little to moderate change, but others “rapidly declining” and requiring “urgent conservation action.”

Mount Royal University entomologist Tonya Mousseau said 40 to 50% of insect species are in decline world-wide, and climate change is one of the causes. “Mostly habitat loss is what we have been able to document so far, but there are lots of other factors like climate change, pollution, pesticides, loss of food for the insects,” she told CBC. “We are trying to figure that out right now.”