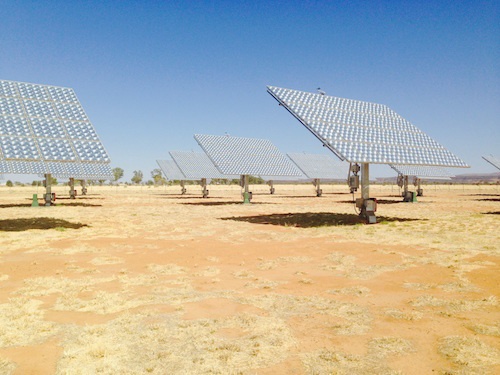 A group of investors in Australia is working on a $20-billion solar farm, the world’s biggest to date, that will export most of its power by undersea cable to jurisdictions like Singapore.

If all goes as planned with the Sun Cable export project, located 1,000 kilometres from Darwin and deep in the hot, dry, and sparsely-populated Northern Territory, “a 10-gigawatt-capacity array of panels will be spread across 15,000 hectares and be backed by battery storage to ensure it can supply power around the clock,” The Guardian reports.

Carried to the coast via high-voltage transmission lines, some of the power from the solar farm will plug into the NT grid to serve cities like Darwin. The majority, however, will be carried beneath the Timor Sea, 3,800 kilometres northwest via high-voltage direct cable, through the islands of the Indonesian Archipelago and on to Singapore.

Currently 95% dependent on gas for its power, according to a Sun Cable release, Singapore stands to secure 20% of its electricity needs from the project.

“Similarly ambitious,” writes the Guardian, is the Asian Renewable Energy Hub being proposed for Pilbara region in northwestern Australia. In this likewise hot, dry, remote place, another group of entrepreneurs is developing “an even bigger wind and solar hybrid plant”, with the bulk of its production intended to produce hydrogen for export to countries like Japan and South Korea.

While “both teams say it will be four years before they lock in finance, with production scheduled to start mid= to late next decade,” observers are “cautiously optimistic” that both projects will spark a renaissance in Australia’s attitude to its energy exports, The Guardian says, “one that better aligns with the country’s commitment to the Paris climate agreement, rather than broadening a fossil fuel trade at odds with it.”

University of Melbourne economist Ross Garnaut believes Australia, “with the best renewable energy resource in the developed world, could expand its energy production while significantly reducing global emissions.” Where he departs from the entrepreneurs behind the Tennant Creek and Pilbara projects, however, is his sense of when mass exports of energy through high-voltage cable and green hydrogen will truly begin in earnest.

While he does believe such exports will eventually form part of Australia’s clean energy future, Garnaut insists that low capital costs combined with extraordinary access to the power of the sun and the wind will first make his country “the natural home for growth in minerals processing” in a zero-carbon world. “Industries that would flourish under Garnaut’s vision, include familiar energy-intensive operations such as aluminum, iron ore, and steel, and new opportunities in silica, lithium, vanadium, nickel, cobalt, and copper,” The Guardian states.

Garnaut sees that kind of green processing as “the channel through which production of energy in Australia will greatly reduce emissions in the rest of the world,” serving as “a foundation for a new era of economic expansion and prosperity.”

While Sun Cable CEO David Griffin “is bullish about the possibility of his company helping to power Singapore from the outback in less than a decade,” thanks to the game-changing advent of high-voltage, direct-current submarine cable, The Guardian says he and Pilbara project developer Andrew Dickson are both alert to the political challenges facing renewable energy in a country whose national government still sees fossil fuels as an economic cornerstone.

On the other hand, designing both projects as off-grid operations “has helped insulate them from politically-loaded debates that pit renewable energy against fossil fuels,” The Guardian adds.

When they move into construction and operation beginning in 2023 and 2027, respectively, EcoWatch says Sun Cable and Pilbara will both “employ Australian businesses and personnel and could create thousands of construction and manufacturing jobs in the sparsely-populated Northern Territory.”

But disrupting business as usual will not be easy. “No one should underestimate the scale of what would be necessary to replace Australia’s existing fossil fuel industries,” renewable energy analyst Roger Dargaville told The Guardian, with the coal and liquefied natural gas industries currently worth more than $100 billion per year and employing tens of thousands.

But he added that “no one should mistake where international markets are taking us,” pointing to “a 40-gigawatt subsea electricity cable into Indonesia—much larger than that initially proposed by the Asian Renewable Energy Hub—[that]would be viable by 2035 if that country adopts a low-emissions target.”

Dargaville “believes future exports will almost certainly be a mix of hydrogen, cabled electricity, and minerals refined before shipment,” The Guardian says. “It’s not really yes or no, it’s just when.” 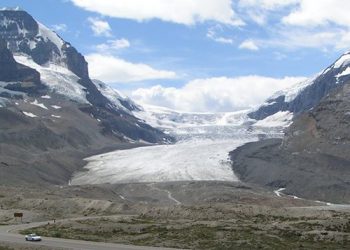 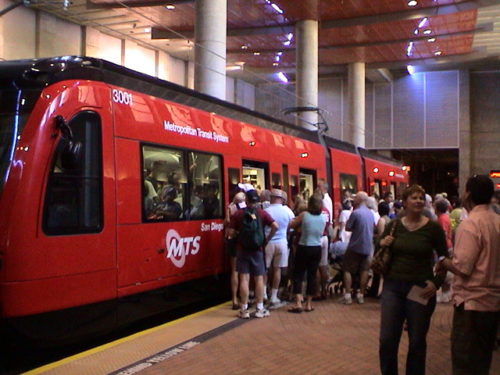