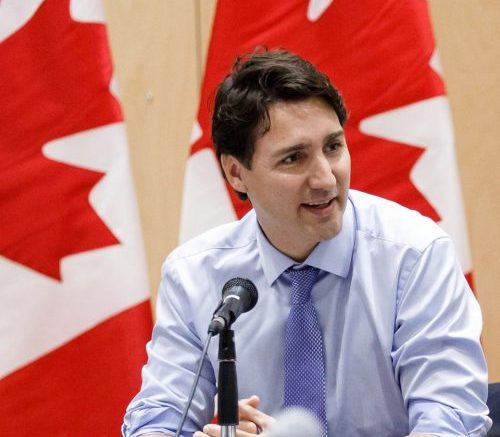 With the federal election less than 100 days away, news reports last week focused on the financial action around the upcoming campaign, provinces’ mixed reaction to programs the Trudeau government wants to fund out of carbon tax revenue, the possibility of extreme fossil ideology uniting Canadians behind a more moderate alternative, and the prospects for a Liberal-Green-NDP coalition that would truly be those ideologues’ worst nightmare.

National Observer has an analysis of federal lobbying records that shows Imperial Oil paying C$50,000 to sponsor the annual Politics and the Pen gala in May, then taking the opportunity to bend Conservative leader Andrew Scheer’s ear while they were there.

“National Observer examined the lobbying reports that were dated the day of the dinner, and cross-referenced them with answers to questions it posed to corporations, associations, and government spokespeople about what lobbying had occurred at the dinner itself,” writes Observer’s national reporter, Carl Meyer. “The results remove any doubt whether the high-profile dinner was used for lobbying.”

While “Imperial Oil had previously been vague about whether it would report any part of the conversation that its CEO, Rich Kruger, had with Scheer that night,” Meyer continues, “on June 14 the company did in fact file a lobbying report for that date, listing the two men. It has since confirmed the report is related to the dinner.”

Since then, “the Opposition leader has made a series of environmental campaign promises that align with the views of many in the oil and gas industry, including a promise to cancel regulations proposed by the Liberal government that, if adopted, would dramatically lower pollution from transportation.” Scheer has also released a climate plan, described by one critic as “like building a house without a hammer”, and his organizers have been coordinating efforts with the fossil lobby to shift the vote in October.

And they’re not alone. Elections Canada is reporting pre-election political advertising from two organizations, and one of them appears to be well grounded in the western fossil industry.

One of the groups, Fair Vote Canada, said it collected $19,000 from 311 donors and spent just under $600 on tabling at events, the Globe and Mail says. The larger of the two, the Canada Growth Council, reported $15,000 in donations and spent nearly $11,000 on advertising in the ridings held by two current or past Liberal cabinet ministers, Ralph Goodale in Saskatchewan and Kent Hehr in Alberta.

“Incorporated in January, Canada Growth Council describes itself as pro-energy and pro-free-enterprise, as well as supporting ‘oil and gas, mining, agriculture, and technology’ in Western Canada. Its website criticizes the federal carbon tax,” the Globe states. The organization received $5,000 from a numbered company controlled by Eric Clark, who also registered it with Elections Canada as a third party, and the rest from oil executive Craig Lothian, head of a group of companies involved in oil exploration and development in Saskatchewan.

The other financial news was Manitoba Premier Brian Palliser’s announcement that he would turn down about $5 million in carbon tax proceeds the federal government wanted to invest in elementary and secondary schools across the province. Cooler heads in New Brunswick, Saskatchewan, and even Ontario had the good sense to accept the funds from Environment and Climate Change Minister Catherine McKenna, at least in principle. But Palliser was unmoved.

“We won’t be part of a hoax,” Pallister told media. “It would be like somebody coming into your house and taking a thousand dollars off the kitchen table and coming back in an hour and saying, ‘Here’s a fiver, you owe me.’ That’s really what this amounts to.”

Analysis has repeatedly shown that most households in provinces subject to Ottawa’s backstop price on carbon actually get more money back than they pay out, since the tax is paid by businesses as well as families but the federal rebate is directed to families only.

But with extreme reactions the order of the day in the provinces most staunchly opposed to federal climate policy, one veteran news analyst is asking whether Premier Jason Kenney is actually helping the Liberals’ re-election cause outside Alberta. In the Hamilton Spectator, Gillian Steward says that might explain why Prime Minister Justin Trudeau held a campaign photo op “amid stone-faced employees at the Trans Mountain pipeline terminal just outside Edmonton,” when most voters in the province already know what they plan to do in October.

“Why come to Alberta at all?” Steward asks. “Because it makes a great stage from which to send messages to the rest of Canada, especially Ontario and Quebec, where all the votes are.”

In Steward’s framing, Kenney’s multi-faceted hostility to the federal government opens up an opportunity for Trudeau. “Why wouldn’t Trudeau and the Liberals set themselves up as the ‘reasonable’ ones who have the interests of all Canadians at heart? The party of national unity? The party that can bridge the differences between the interests of workers supporting their families and those who want action on environmental issues and climate change?” she asks.

“Why wouldn’t Trudeau prove his bravado by pitching his message to Canadians from the very province where so many people detest him?” she continues. “Just as Doug Ford’s oafish brand of conservatism is hurting Andrew Scheer’s federal election ambitions in Ontario, so might Kenney’s agenda, which has been enthusiastically embraced by the federal Conservatives, hurt them outside Alberta.”

Steward notes how pleased Trudeau was to answer in both official languages when a local reporter asked him about veteran climate hawk Steven Guilbeault’s arrival as the Liberals’ latest star candidate in downtown Montreal. “Canadians have a broad range of views on a lot of different issues and one of the important things for us is to make sure that we’re listening to the voices of Canadians, to the preoccupations of Canadians,” Trudeau replied.

Even though Trudeau’s climate commitments aren’t nearly strong enough for some voters, “so much for Kenney’s paranoid and aggressive stance toward anyone who is anti-oil,” Steward writes.

Which points to a possibility that Globe and Mail columnist Gary Mason raised and The Tyee Contributing Editor Crawford Kilian celebrated in separate analyses: that a close enough election result could produce a minority parliament, leading to a Liberal-Green-New Democrat coalition with a far stronger environmental mandate than Trudeau would pursue on his own.

“Should Mr. Trudeau need the help of [Green Leader Elizabeth] May and NDP Leader Jagmeet Singh to prop up a minority government, it would obviously come at a cost. And that cost is almost certainly going to be in the area of the environment,” Mason writes. “Yes, we are talking about a state of affairs that would be Jason Kenney’s worst nightmare. Because if the Alberta Premier thinks Mr. Trudeau is a raving, oil-hating tree-hugger now, he hasn’t seen anything yet.”

Mason notes the NDP is calling for a greenhouse gas emissions target consistent with 1.5°C average global warming, which “would entail slashing emissions roughly between 40 and 50% below 2005 levels by 2030,” well ahead of the Harper-era target of 30% embraced by the Liberals. “The Greens, meantime, are committed to cutting them by 60% below 2005 marks by the same deadline.”

Moreover, “both the Greens and NDP are against fracking. They both talk about transitioning off fossil fuels to a new, greener economy on a much more expedited pace than the Liberals. The NDP wants to end federal subsidies of the oil industry. Mr. Singh is against any new pipelines. Ms. May isn’t necessarily, but takes the position that there can’t be any new pipelines that carry bitumen—it would have to be refined first.” [Although she does see Canada producing plastics from bitumen past 2050.—Ed.]

That prospect would produce much hand-wringing in Alberta, Mason says. “On the other hand, if 60% of the country, for example, cast their votes for parties that have strong environmental platforms and programs to fight climate change, then why shouldn’t they be implemented in some form? A poll released on Tuesday by the Angus Reid Institute showed the environment and climate change as the top issue on the minds of those surveyed—easily outdistancing health care.”

If May and Singh held the balance of power after an election, “they could keep at arm’s length from the Liberals, setting conditions for their support on confidence votes just as Andrew Weaver has with John Horgan here in B.C. The Liberals could govern very cautiously while taking flak from their allies as well as Andrew Scheer’s Conservatives,” Kilian writes.

“Or May and Singh could have a quiet word with Trudeau the day after the election: ‘You’ve already declared a climate emergency. If you’re willing to treat it as a real emergency, we’re prepared to form an emergency coalition government with you, and stick with you until 2023.’”

That scenario would translate into “a high price for Trudeau: a serious program to slow the climate crisis would include writing off the oil sands and cancelling the expanded Trans Mountain pipeline. What’s more, Greens and New Democrats would be in the coalition cabinet. Alberta Premier Jason Kenney and his Prairie backers would erupt with threats of separatism.”

But at the same time, based on the EKOS numbers as they stood when Kilian was writing about a month ago, “the three parties in the coalition could count on the support of a combined 63% of 18-34 voters, 54% of 35-49 voters, and 55% of the 50-64s. Even assuming some losses to the Conservatives, that’s not a landslide—it’s tectonic, changing the whole political landscape.”

Kilian lays out the menu of rapid decarbonization and economic transition measures that coalition government could undertake—from new renewable energy projects to retraining for the fossil work force, from a wave of new cleantech funding to a boost for green education. “When you’re fighting for your life in an emergency, as Canada did in the Second World War, you don’t quibble about expenses,” he writes.

By the end of that mandate in 2023, “the climate disasters would keep coming, and Trumpism would persist in both the U.S. and Canada long after Trump himself had left office. The mid-21st century is going to be a crummy time even for the most fortunate Canadians,” Kilian concludes.

India Renewables Capacity On Track to Overshoot Paris Target by 60%