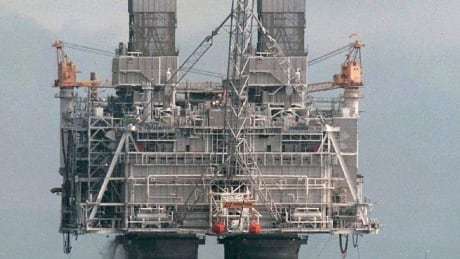 As cleanup efforts continue in the wake of last Wednesday’s 12,000-litre spill in the Hibernia oilfield off the Newfoundland coast, questions are being raised about the wisdom of letting fossils self-report on the cause and extent of such incidents, and the effort they put in in response.

“We take it as totally acceptable that we take self-reports from oil companies about the oil they spill, and, perhaps more importantly, about how it was spilled and why it was spilled,” said Bill Montevecchi, a professor of biology and ocean science at Memorial University, recalling that “Hibernia initially reported a 2013 spill as 10 litres, and it turned out to be 6,000 litres.”

A day after the latest spill, “much scrambling, few answers” summed up National Observer’s assessment of the response by Hibernia Management and Development Company (HMDC), the owner of the stricken oil rig located 300 kilometres southeast of St. John’s. A statement from Hibernia, a Canadian affiliate of ExxonMobil, said the spill “occurred during routine activities related to removing water from one of the storage cells.”

Observer said ExxonMobil spokesperson Lynn Evans offered little response to queries about the extent of the spill, the status of cleanup efforts, or the impacts on marine life. By Thursday evening, however, HMDC had “warned mariners that the oil slick had grown to a radius of 5.5 kilometres and [was] slowly drifting northeast.”

The spill occurred roughly eight months after Husky Energy’s SeaRose platform, 350 kilometres offshore, released 250,000 litres of oil into the ocean. The province’s largest oil spill ever, the SeaRose disaster was never cleaned up, with the Canada-Newfoundland and Labrador Offshore Petroleum Board, the regulatory body in charge of offshore oil operations, declaring recovery “impossible after the oil sheen had broken up.”

Responding to HMDC’s reassurances that its “environmental monitoring is ongoing,” Montevecchi described the situation for wildlife as “Russian roulette.” Of particular concern, he said, is the well-being of the Leach’s storm petrel, a tiny brown seabird that feeds on the surface of waters off the Grand Bank and is often found near the Hibernia platform, apparently attracted by its bright lights. The petrel population has dropped by 50% over the past 30 years.

Montevecchi said he looked to Environment and Climate Change Canada to provide trustworthy accounts of what is really happening offshore: “They would be doing flyovers, so I hope that’s the case—that they’re out there,” he said.In an update Sunday, CBC News confirmed the presence of five third-party wildlife observers, adding that the province’s Seabird Rehabilitation Centre was “on standby” as cleanup efforts continued outward from the Hibernia platform, which remained shut down. It also reported the sighting of one oiled bird. “An attempt was made to recover the bird utilizing a fast rescue craft,” HMDC said in a statement, but the crew was unable to locate it when they reached its last known location.