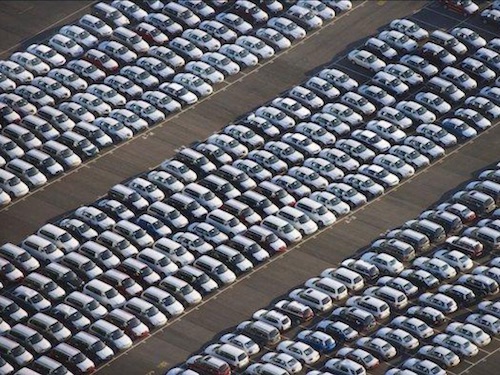 The Trump administration is abandoning its accelerated timeline for rolling back the tougher fuel efficiency standards adopted under President Barack Obama, making it virtually certain the inevitable court challenges to the deregulatory push will be heard after 2020 presidential elections in the United States.

“If they had got it out a lot earlier, it would have been possible to get to a resolution on the matter before November 2020. But at this point, there wouldn’t be enough time,” an unnamed source told E&E News.

“And that’s important because if a Democrat were to be elected, it is likely that they would probably pull the rule,” restoring a tougher standard to which federal and state governments and U.S. automakers had already agreed before Trump took office.

Obama had made the clean car regulation a centrepiece of his climate agenda, setting a fuel efficiency standard of 54.5 miles per gallon. Trump is proposing to freeze vehicle efficiency targets at 37 mpg through 2026 and rescind California’s authority to set its own, tougher standard.

“The administration was previously rushing to finalize the rollback in early summer. Experts have said that would have given Trump lawyers more of a chance to defend it in court during the president’s first term in office,” E&E reports, citing three sources who declined to be identified. Two pf the sources confirmed the updated rule is now expected sometime after U.S. Labor Day, possibly toward the end of September.

“Once the rollback is finalized, litigation is certain,” E&E notes. And the case against the White House gained added clout last week when 22 states plus Puerto Rico, including at least three Republican administrations, lined up behind California’s defence of the tougher standard.

“We’ve doubled our support,” Mary Nichols chair of the California Air Resources Board, told the Washington Post. “We’re seeing an awakening of interest on the part of other states that recognize the need for cleaner cars. This is not just about climate change, although that is certainly the major thrust of the regulations we’re fighting to maintain.”

“Strong vehicle standards protect our communities from unnecessary air pollution and fuel costs, and they address the largest source of carbon pollution in the United States,” the group said in a public statement last week that included governors Larry Hogan of Maryland, Charlie Baker of Massachusetts, and Phil Scott of Vermont as signatories.

With the case almost certain to be brought before the U.S. Supreme Court, the timing is not in Trump’s favour. “If the rollback had been completed in June, it could have reached the high court before November 2020, allowing Trump administration lawyers to defend the move—though some experts have contended even that timeline may be unrealistic,” E&E writes. “Now, the case likely won’t be litigated until after the elections, in which a Democrat could oust Trump. A new Democratic president would likely restore the Obama-era clean car standards, rendering the litigation moot.”

And further delays could be on the horizon, since the final rule has not yet been sent to the White House Office of Management and Budget (OMB) for review prior to its release. “The big question is, it hasn’t gone to OMB yet. And for a major rule, you can expect it to take even 90 days for OMB review,” a source told E&E. “What we are hearing is that they’re still working on 10 or 12 issues. And I don’t know if any of those are big issues.”