Some Oil and Gas Resources Will Stay in the Ground, BP Admits 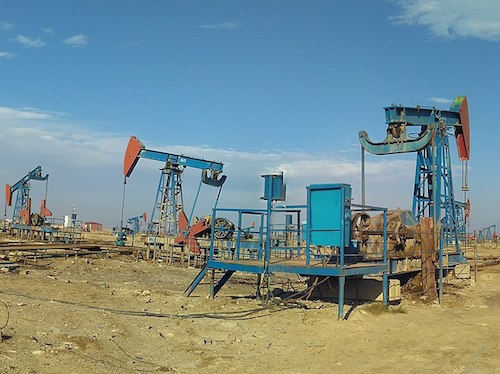 One of the world’s biggest fossil companies is admitting that some of its “more complicated to extract” oil and gas resources will have to either be sold off or left in the ground.

With fossils facing heightened pressure to deliver fuel faster and cheaper, BP Head of Strategy Dominic Emery said some of his company’s oil and gas holdings “are going to be too expensive and too time-consuming to get out,” Bloomberg reports.

“Part of the shift is due to climate change, which has caused investors to pressure BP to stick to lower-carbon projects,” the news agency explains. “It’s also due to an oil price that’s half what it was five years ago, meaning some projects ‘simply don’t make money’.”

“There are classes of resources that are kind of much further out and more complicated to extract,” Emery told reporter Kelly Gilblom. “There’s no doubt that some of those resources won’t come out of the ground.”

In an investor presentation last year, the colossal fossil said it held 25 billion barrels of oil and gas, 40% of which it considered “booked and proved”. Emery said the stranded assets he had in mind were all unproved oil resources. Analysts generally consider ultra-deepwater, remote, or extremely carbon-intensive projects like tar sands/oilsands the longest-term and most expensive, Bloomberg states.

So far, projections from modellers like Wood Mackenzie show future fossil reserves growing in step with increasing demand through 2040. “However, under a scenario where the world cuts carbon from the energy system faster, the adoption of electric vehicles, biofuels, and other competing energy sources may cut two-thirds of that oil demand,” Bloomberg adds.

“To cope with the risk, BP has limited exploration spending and is mostly focused on investing in shale and fields near existing infrastructure,” the news agency states, citing Emery. “He added that it isn’t necessarily the end for oil megaprojects, but there will probably be fewer of them in the future.”