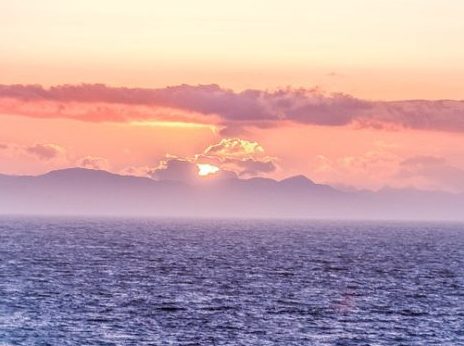 A recent revision of sea surface temperature records from the mid-20th century to the present has scientists and policy-makers considering whether the carbon budget to keep average global warming to 1.5°C should be revised downwards by as much as a third—and questioning researchers whether the update is relevant to the climate impact communities actually experience on the front lines of the crisis.

The update by the UK’s Met Office “provides more accurate estimates of sea surface temperatures (SSTs) in the period during and after the Second World War, as well as over the past decade,” Carbon Brief reports, adding that the new numbers suggest the oceans “have warmed by around 0.1°C more than previously thought since pre-industrial times.”

While the increase may seem small, it’s actually “a substantial adjustment to the ocean temperature record, increasing the warming of the Earth’s oceans relative to the pre-industrial (1850-1900) period by around 13%.” On top of that, greater sea surface warming necessarily means greater global surface warming, perhaps by as much as 0.06°C. That second, seemingly small number “would make the carbon budget to keep below 1.5°C about 130 billion tonnes CO2 smaller,” said Dr. Glen Peters of Norway’s Center for International Climate Research (CICERO).

Carbon Brief “estimates that the revisions to the Hadley SST record would reduce the global carbon budget remaining to limit warming to 1.5°C by between 24 and 33%,” with the concomitant loss of about three years of wiggle room. But it also points to critical questions about the way that budget is calculated, and what it actually means.

The uncertainty dates back to last fall, when the Intergovernmental Panel on Climate Change (IPCC)’s special report on 1.5°C offered “two different estimates of the remaining carbon budget left to have at least a 66% chance of avoiding 1.5°C warming this century.”

While “one budget is based on combining surface air temperature over land with SSTs in the oceans,” the other seeks to “estimate surface air temperatures for the entire world”—that is, above the surfaces of both land and sea. (While even the definition of “sea surface” varies, it generally means between one millimetre and 20 metres below the surface of the water.)The difference between the two methodologies matters greatly, Carbon Brief explains, as “the air over the ocean is expected to warm faster than SSTs.”

Some scientists are cautioning both peers and policy-makers “not to read too much into revisions to the carbon budget,” with University of Leeds climate physicist Piers Forster telling Carbon Brief that the change in the historic data “can mean a big reduction in the remaining carbon budget—or no change at all. It all depends on how you interpret the Paris Agreement in terms of how 1.5°C relates to the climate impacts we’re trying to avoid.”

Highlighting the gulf that can separate research from policy-making, Forster added:

“Take the not-so hypothetical situation: a bunch of do-gooder climate researchers revise the temperature record and conclude we are already at 1.5°C. What does your beleaguered policy-maker do? Do you reinterpret the Paris Agreement as saying: ‘We need to avoid further impacts from the real and pronounced impacts we are experiencing today. We, therefore, have zero remaining carbon budget and must turn off the lights’? Or do you say: ‘What was meant by 1.5°C was really about avoiding the impacts associated with a world 0.5°C warmer than today, so this is just a labelling exercise and doesn’t affect the remaining budget at all.’?”

He concluded that “people and policy-makers should rightly put impacts at the centre of our decisions. It’s about time climate scientists did the same and came up with a way of translating impacts into a standardized measure of global temperature.”

“A key question for decision-makers and planners is not whether these updated SSTs are giving a slightly different number from before,” agreed Imperial College London climate scientist Joeri Roglej, “but whether this fundamentally changes the assessment of risk for what was called 1.5°C at the time of the Paris Agreement.”

The discussion shows why “scientists should always provide a translation to help decision-makers, because otherwise future updates run the risk of comparing apples with oranges,” Roglej told Carbon Brief. He noted that the countries most vulnerable to climate impacts “are not obsessed by the actual number of a temperature target. They are obsessed by the climate impacts that are projected and that they try to avoid.”