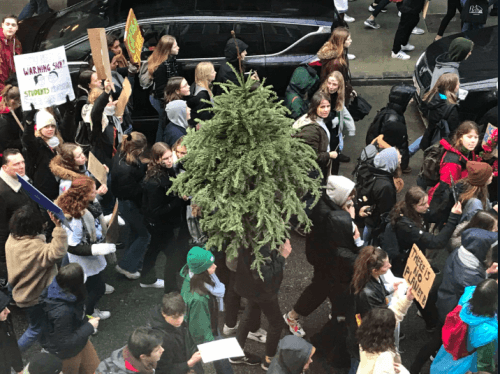 The #FridaysforFuture movement has emerged as the global fossil industry’s “greatest threat”, with some staffers with the Vienna-based Organization of Petroleum Export Countries (OPEC) having to answer uncomfortable questions from their own children about the connection between oil and gas production and the climate crisis.

“Thank you! Our biggest compliment yet!” tweeted #FridaysforFuture leader Greta Thunberg in response.

Barkindo said the student mobilization is beginning to “dictate policies and corporate decisions, including investment in the industry.” He claimed “civil society is being misled to believe oil is the cause of climate change,” adding without any clarifying detail that “we believe this industry is part of the solution to the scourge of climate change”.

In an apparent reference to the school strike movement, he complained that the children of some of his colleagues at OPEC headquarters “are asking us about their future because…they see their peers on the streets campaigning against this industry”.