New Government in Denmark Aims for 70% Carbon Reduction by 2030 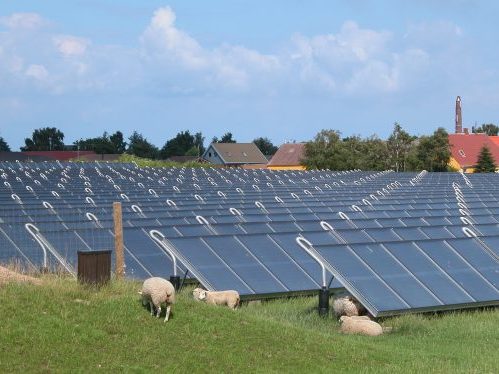 A 70% greenhouse gas reduction by 2030 is on the agenda for Denmark, after the country’s centre-left Social Democrats reached a deal with three other parties that will enable them to form a minority government.

The new government will be led by Mette Frederiksen, 41, the country’s youngest-ever prime minister. “We’ll be one of the most ambitious parliaments in the world,” she said, with a menu of policies that will likely include levies on plastic and plans to increase forestation.

The six broad priorities in the 18-page governing agreement will help “push Denmark in a new direction,” she added.

“The document, titled A Fair Direction for Denmark, includes cutting greenhouse gas emissions by 70% by 2030, halting the sale of all new diesel and petrol cars from 2030 onward, introducing a binding reduction target for agriculture, and adopting a climate action plan, as well as pushing for more ambitious goals within the EU and strengthening the country’s green diplomacy,” Euractiv reports, just days after the European Union failed to agree to a 2050 carbon-neutral target.

While Denmark had already hit a 35% emissions reduction threshold in 2018, “today’s announcement means the country is aiming at a two-fold increase of its reduction target within the next 11 years, as well as a 0% target by 2040,” said John Nordbo, head of climate advocacy at CARE Denmark. That goal “will make sure Denmark is back on track on the fight against global warming,” he added, just as Finland assumes the EU presidency.

“Global warming has been the number one topic during the electoral campaign in Denmark,” Nordbo added. “This is because of the heat wave and drought last summer. It has opened people’s eyes, showing them climate change is real and it is already under way.” He credited the youth movement kicked off by #FridaysforFuture leader Greta Thunberg in neighbouring Sweden as a catalyst for a civil society petition that drew 50,000 signatures calling for a climate law with a binding target, enough for the text to be sent to the next session of the Danish parliament.

The governing agreement says the decarbonization plan is “a very ambitious target, and it will be particularly difficult to reach the last part of the target from 65% to 70%.” But it also points to the business opportunities in the transition to a low-carbon economy. Euractiv notes that Denmark is already “home to the world’s biggest turbine maker, Vestas Wind Systems A/S, and Ørsted A/S, the world’s biggest operator of offshore wind parks.”

“The world market for green transition is only getting bigger,” the agreement states. “In order to achieve the goal of limiting the temperature increases, the world community must over the next 11 years invest a staggering 90,000 billion DKK in the green transition. It is a unique opportunity for Danish businesses to be exploited. Denmark must be known as a green entrepreneurial country.”

More broadly, the governing agreement “is likely to usher in major new action on climate change and a softening of some policies on migrants, after elections this month in which those issues were top of many Danish voters’ list of priorities,” the New York Times writes. “It is also a change in direction for Denmark after four years under the conservative Venstre party of former Prime Minister Lars Lokke Rasmussen, which had steered the country to the right, particularly after elections in 2015 when Venstre formed a minority coalition with support from other right-leaning parties, including the populist Danish People’s Party.”

Rasmussen stepped down as PM after the DPP suffered a “heavy defeat” in elections earlier this month. “Various left-leaning parties together won a majority in the 179-seat Parliament, a result that echoed returns elsewhere in the region, including in Iceland, Finland, and Sweden, which all have centre-left coalitions, albeit fragile ones,” the Times states.

“There were few other details about the negotiations to install Ms. Frederiksen as leader,” the U.S. paper adds, and “major questions remain about how Denmark will meet the emissions target and how the promised expansions of the welfare state will be financed.” Jakob Nielsen, editor in chief of the Danish politics website Altinget, “said that damage could be done to the economy if the increased spending was not financed,” the Times states, “and he warned that heading a minority government could leave Ms. Frederiksen vulnerable to inertia.”

“There’s a great risk they won’t help her to pass her policies,” he said of the other parties involved in the negotiations. “She risks becoming a prime minister without policy.”

Speaking for one of those parties, Pernille Skipper of the Red-Green Alliance told Danish TV that “we will have plenty to discuss. But at least we have a new direction.”