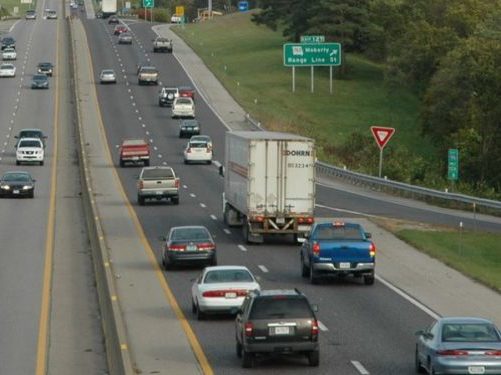 Canada is aligning its automobile tailpipe emissions standard with California and will work with the most populous U.S. state to promote cleaner-running vehicles, under a new agreement that puts the country onside against the Trump administration’s attempt to roll back fuel efficiency targets introduced by President Barack Obama in 2012.

“As the world’s fifth-largest economy and a global leader in clean transportation, California is a leading example of how climate action can be good for people, the environment, and the economy,” Environment and Climate Minister Catherine McKenna said in a prepared statement. “We look forward to working with California to fight climate change, keep the air clean, and give drivers better options for cleaner, more affordable vehicles.”

“In the face of the U.S. rolling back standards set under the Obama presidency that ensured passenger vehicle efficiency improved through 2025, we are pleased to see that Canada is sending a strong signal that they will work with California to maintain those standards,” responded Pembina Institute Federal Policy Director Isabelle Turcotte. “With the growing climate crisis, and strides in other areas of transportation, now is not the time to move backwards.”

The agreement culminates months of pressure on Canada to choose the right side, after Trump announced plans to gut the Obama standard and challenge California’s right to set its own, tougher requirements under the U.S. Clean Air Act. CBC says California is making good on its threat to sue to protect that right.

Under the memorandum of understanding, signed by McKenna and California Air Resources Board Chair Mary Nichols, Canada and California will collaborate on vehicle emission reduction regulations and clean fuel alternatives, and Canada will speed up the shift to zero-emission vehicles (ZEVs), CBC reports. “We’re moving quickly to electric vehicles, but need to clean up the vehicles that the majority of people are still driving,” McKenna told a media teleconference.

Canada has traditionally aligned itself with the U.S. standard, and had signed on to Obama’s effort to boost vehicle fuel efficiency. But “after Trump moved to lower those standards last summer, Canada said it was reviewing its plan and wouldn’t commit to maintaining parity with the U.S. any longer,” CBC notes. Now, McKenna said, “it looks like there will be two standards in the U.S.,” even though “that’s not anybody’s first choice,” since both countries’ greenhouse gas reduction targets depend on aggressive action to curb vehicle pollution.

During the teleconference, California Governor Gavin Newsom noted his state had grown faster than the rest of the U.S. economy for the last five years. GHG reductions are “essential to our economic growth and prosperity,” he said, and “for us, these vehicle emissions standards are fundamental and critical to reaching our goals.”

He invited any politician who still doubts the immediate impacts of the climate crisis to visit his state. “If you want to see if climate change is real, come to California. See what we’ve just come through in the past few years,” he said. “Something big is happening. Mother Nature has joined the conversation.”

Canada’s automakers expressed concern about manufacturing vehicles to two different emission standards—even though it was their U.S. counterparts’ lobbying that put Trump on a deregulatory path that went much farther than the industry wanted. Canadian Vehicle Manufacturers’ Association President Mark Nantais said a dual standard would create “all kinds of inefficiencies in a market that’s a highly integrated market to begin with,” adding that his members favour a Canadian standard aligned with the U.S. federal government.

While news coverage focused primarily on the joint emissions standard, the Pembina Institute also pointed to the two jurisdictions’ plans to collaborate on zero-emission vehicles and clean fuel standards. “We are also excited that the Canadian government is signaling their interest in moving towards a zero-emission vehicle (ZEV) sales mandate to meet their target,” Turcotte said. “We know that Canadian drivers want more electric vehicle options—dealerships are reporting wait lists to buy EVs, but automakers prioritize areas with ZEV mandates. With a mandate for all car sales to be ZEVs by 2040—supported by rebates—industry, customers, and the environment win.”Despite the automakers’ preference for lighter regulation and a slower transition, CleanTechnica reports that falling customer demand is becoming a problem for gasoline-powered cars in the U.S., with analysts at J.D. Power and LMC Automotive reporting “a growing backlog of unsold new cars and trucks” across the country. In late May, business magazine Forbes said U.S. automakers were cautiously increasing customer discounts to address “piled-up inventory”.