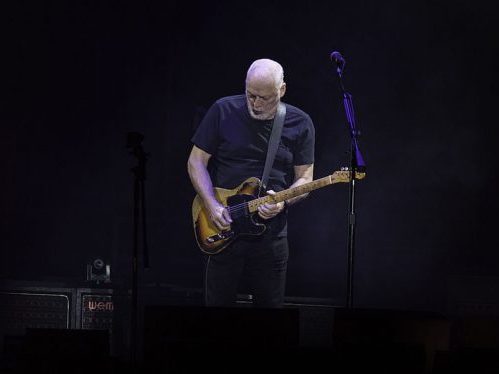 Determined to help those who refuse to join “in the turning away” from the climate crisis, legendary Pink Floyd rocker David Gilmour will be donating all proceeds from his forthcoming guitar auction to the non-profit environmental law organization ClientEarth.

The 73-year-old Gilmour “is selling more than 120 instruments used throughout his storied career, with a focus on his favoured Fender models,” reports the Irish News.

“The global climate crisis is the greatest challenge that humanity will ever face, and we are within a few years of the effects of global warming being irreversible,” Gilmour said.

Echoing Swedish teen climate activist Greta Thunberg’s observation that “either we choose to go on as a civilization, or we don’t,” he said he hoped the sale of his guitars—among them a 1969 black Stratocaster expected to fetch between US$100,00 and $150,000—“will help ClientEarth in their cause to use the law to bring about real change.”

“We need a civilized world that goes on for all our grandchildren and beyond, in which these guitars can be played and songs can be sung,” he added.