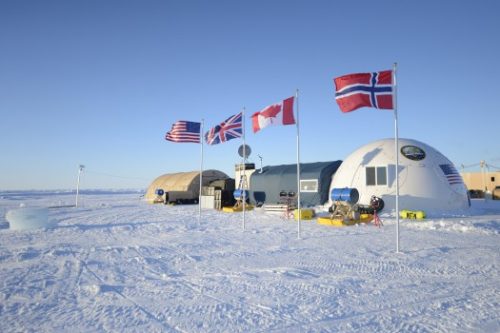 More than three-quarters of Canadian climate scientists say their highly qualified colleagues are leaving the field and 94% rely on foreign logistical support to carry out their research, thanks to a fragmented federal approach to research funding, Evidence for Democracy reports in an analysis released this week.

“There is significant anxiety about the federal approach to climate science within the scientific community, with 82% of surveyed climate scientists having concerns,” E4D says in a release. “While there has been an increase in funding for climate-related research in ecology and environmental science and management, vital work in the atmospheric sciences is being neglected.”

Ultimately, said one climate scientist,” the current government funding approach is not a well-considered coherent approach, but rather an amalgam of funding from diverse departments.”

Based on interviews with the scientists, E4D calls for long-term support for small to mid-sized research projects worth C$1 million or less that reflect the nature of the actual work. “The way funding for climate science is disbursed is not suitable for the way climate science is conducted,” the report states. “It does not promote innovation and discovery, and it does not support scientists and staff at different career stages.”

One aspect of that is predictability of funding over the longer haul. “We need continuity in climate science-specific funding in order to maintain vital long-term monitoring programs, and to attract and retain highly qualified personnel,” one scientist said.

E4D says 94% of project respondents urged more funding for government-academic collaboration, in climate science and across multiple disciplines. 77% said qualified climate scientists had left the field, and 94% said they relied on foreign resources like satellites, aircraft, and ships, with 63% calling those supports very or extremely important.

The report urges the federal government to:

• Set a funding strategy to support a “diverse, multidisciplinary area of research over the long term”;

• Include climate science in long-term planning for icebreakers, research aircraft, and satellites;