Oil Demand Shrinks by the Month While U.S. Solar Surges 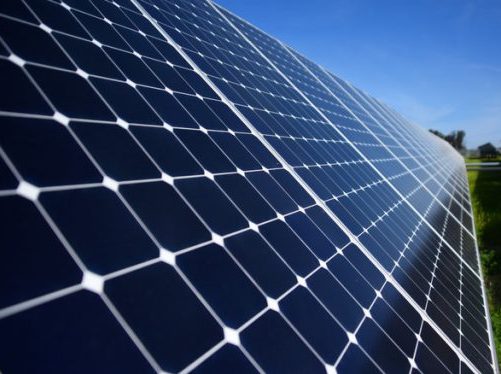 Two nearly simultaneous market reports this week from the two sides of the energy sector—the old and the new—point to a promising trend, with demand for oil declining while solar installations surge faster than an annual statistical update can keep up.

On Wednesday, Bloomberg reported the stunning consensus of what it described as the three major oil forecasting organizations—that slowing demand for the product is slowing by the month. A day earlier, energy analyst Wood Mackenzie Power & Renewables said it had updated its 2019 Solar Market Insight Report, produced in concert with the U.S. Solar Energy Industries Association, to reflect unexpectedly brisk growth in Florida and Texas.

The contrasting tone between the two reports was unmistakeable.

“The slowing demand growth is creating a problem for the OPEC+ group of countries, who had hoped to be able to end their oil supply restraint this month,” Bloomberg wrote. “Instead, all three agencies”—the International Energy Agency, the U.S. Energy Information Administration, and OPEC itself—“agree that they will need to extend their output cuts at least until the end of the year, and possibly beyond.”

Meanwhile, “unexpectedly rapid growth in solar markets like Florida and Texas is driving up expectations for U.S. solar installations” to a projected 13 gigawatts this year, Greentech Media wrote, setting the industry up for 25% growth over last year’s installed capacity. “Since last quarter, announced solar procurements and shifts in the market have led WoodMac to increase its forecast for 2019 utility-scale installations by 1.2 gigawatts, and by 5.1 gigawatts for the 2019-24 period.”

On the fossil side of the story, Bloomberg said OPEC and its cartel allies might have to cut production farther than they already have, to prevent an oil glut from driving down world prices. The IEA said demand growth in the first three months of this year was the slowest since late 2011, the period following the 2008 economic crash. It said oil consumption was brought down by mild weather in the northern hemisphere and flooding in the midwestern United States, but foresaw a recovery “on the back of growth in the petrochemical industry and with higher gasoline consumption.”

For solar, by contrast, “Texas accounts for much of the increased forecast for this year, while Florida has driven the five-year boost thanks to ambitious solar growth plans at utilities including NextEra Energy’s Florida Power & Light and Duke Energy Florida,” Greentech noted. “Last month, Florida Power & Light announced the start of construction on 10 new solar plants totaling more than 700 megawatts, as the economics of solar in the Sunshine State look increasingly favorable against gas-fired generation.”

“Over a longer time horizon, solar is expected to benefit from its increasing competitiveness against wind energy in a growing number of central U.S. states where wind has long been the dominant source of new renewables capacity,” Greentech added, particularly with wind tax credits in the U.S. phasing out faster than the equivalent for solar.

RCMP Has ‘Army’ of Officers to Protect B.C. Pipeline, No Time to Investigate Murdered Indigenous Woman