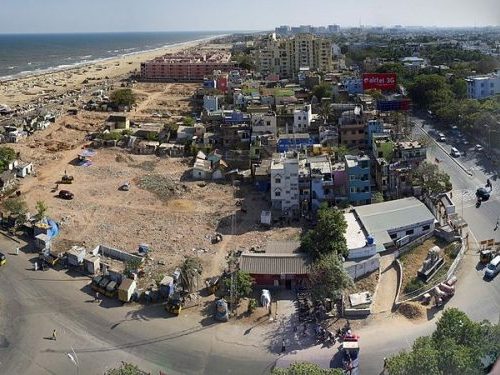 India’s sixth-largest city has run out of water, after a crippling drought and heat wave left its four main reservoirs completely dry.

Chennai, with a population of more than 4.6 million as of the 2011 census, “has been in the grip of a severe water shortage for weeks now,” BBC reports. Its groundwater levels are low, and local police reported at least one incident last week where one neighbour stabbed another over water sharing.

“Residents have had to stand in line for hours to get water from government tanks, and restaurants have closed due to the lack of water,” the UK news outlet writes. “As the reservoirs started to run dry, many hotels and restaurants shut down temporarily. The Chennai metro has turned off air conditioning in the stations, while offices have asked staff to work from home in a bid to conserve water.”

“But homes are also running out of water, so what are we supposed to do?” responded Vinoth Kaligai, general secretary of an IT workers’ association.

“The only way to make this better is to improve the groundwater level,” said one social activist. “We’ve had dry years, before but the groundwater was our saviour.” So far, the city water department is using government trucks to distribute water.

“The destruction has just begun,” warned one official. “If the rain fails us this year too, we are totally destroyed.”