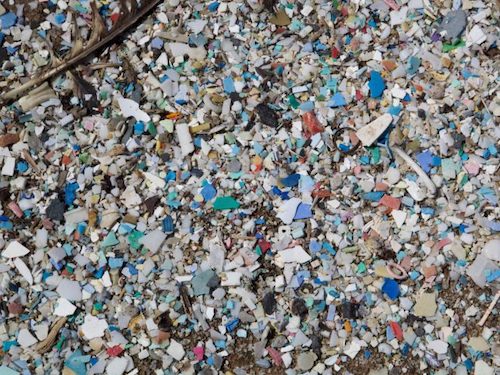 The global boom in plastics was a key factor driving the sharp rise in carbon dioxide emissions in 2018, Greenpeace UK’s award-winning Unearthed news site reports, based on analysis of the latest world energy review released by colossal fossil BP.

“Growth in production of naptha, ethane, and liquefied petroleum gas—which primarily function as petrochemical feedstocks – accounted for half of oil demand growth in 2018, far more than in previous years,” the publication notes. “The petrochemical boom comes as the oil industry is pinning its hopes on the petrochemical industry as electric vehicles weaken growth in demand for petrol, and weak manufacturing growth and the U.S.-China trade war cut into diesel demand.”

Petrochemicals currently account for 12% of global oil consumption, according to BP figures, and demand is growing at a torrid 3% per year, on track to hit 30% of all oil use by 2030. That estimate “follows a BP projection that saw growth in the sector’s use of liquid fuels fall by more than 80% and total demand growth more than cut in half in the event of a single-use plastics ban.”

Last month, a blockbuster report by the U.S. Center for International Environmental Law and five other organizations showed plastic supply chains emitting more than 850 million tonnes of greenhouse gases this year, the equivalent of 189 new 500-megawatt coal plants, en route to 1.34 gigatons per year in 2030 and a total of 56 Gt through 2050.

The analysis on Carbon Brief points to natural gas as the biggest single source of new emissions, accounting for 40% of the total. A day later, Euractiv cited €2.5 billion in fossil project investments in 2018, mostly in natural gas pipelines, that set the European Investment Bank at odds with the continent’s targets under the Paris Agreement.

Other culprits in the emissions increase included coal use in China, largely connected to its steel industry, and rising global demand for heating and air conditioning—much of that driven by extreme weather. “The recorded temperature swings—days which are much hotter or colder than normal—helped drive the world’s biggest jump in gas consumption for more than 30 years,” The Guardian explains. “They also resulted in a second consecutive annual increase for coal use, reversing three years of decline earlier this decade,” and contributing to a 2% rise in CO2 emissions last year, the equivalent of 400 million more internal combustion cars on the roads.

BP Chief Economist Spencer Dale pointed to a potential feedback loop between extreme weather and growing energy demand. “If there is a link between the growing levels of carbon in the atmosphere and the types of weather patterns observed in 2018, this would raise the possibility of a worrying vicious cycle: increasing levels of carbon leading to more extreme weather patterns, which in turn trigger stronger growth in energy (and carbon emissions) as households and businesses seek to offset their effects,” he said.

He also acknowledged “a growing mismatch” between surging public demand for climate action and the actual pace of progress, The Guardian states. The BP report captured a state of play that has shown up in several recent statistical reports and models: renewable energy is growing fast, but not yet fast enough to make a dent in fossil fuel demand.

“The amount of power generated from renewables, hydropower, and nuclear increased by 500 terawatt-hours in 2018, two times the annual consumption of California in one year, and a dramatic gain over the previous record of 400 terawatt-hours, from 2017,” Unearthed notes. “But as demand growth accelerated,” particularly in the United States, India, and China, “even these impressive gains in renewable energy only delivered one-third of the overall increase in power generation, with hydro and nuclear bringing the non-fossil total to a half. The other half was covered by coal and gas, pushing emissions up.”

“At a time when society is increasingly concerned about climate change and the need for action, energy demand and emissions are growing at their fastest rate for years,” Dale noted. “On hot days, people turn to their air conditioning and fans. On cold days, they turn to their heaters. That has a big impact.”

Unearthed points to signs that the annual surge in carbon dioxide emissions through 2017 and 2018 may level off this year: electricity demand in China grew only 4% in the first four months of the year, compared to 8% in the same period last year, and U.S. emissions have fallen for three months in a row.

Oil Demand Shrinks by the Month While U.S. Solar Surges