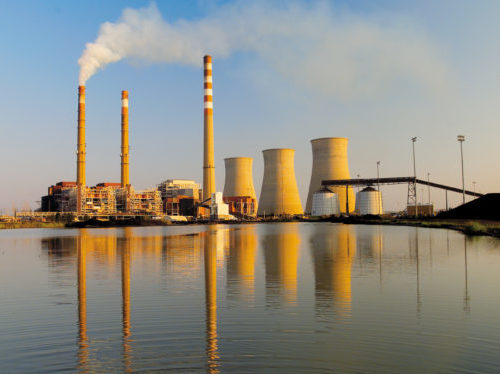 “The Environmental Protection Agency’s rule is a part of the Trump administration’s campaign to erase greenhouse gas regulations designed to stave off the worst effects of climate change,” Politico reports. “It is the first in a litany of rollbacks due out this year that will restrict EPA’s regulatory powers, with new rules due out soon that will ease regulations on vehicle emissions, oil and gas wells, and other types of power plant pollution.”

The rule, signed by EPA Administrator and veteran coal lobbyist Andrew Wheeler, “eliminates the Obama EPA’s targets that would have required states to reduce their carbon dioxide emissions, which would have hit coal power plants hard. It replaces them with a narrower plan that allows states to upgrade the efficiency of power plants to drive carbon dioxide reductions.”

Reuters describes the regulation as “a boost to coal companies facing tough competition from natural gas, solar, and wind energy suppliers” that “infuriated environmentalists and Democratic lawmakers, who said the regulation was too weak to significantly reduce emissions and would put public health at risk.” Earlier this year, an analyst said the cheaper renewables had turned 74% of U.S. coal plants into the “walking dead”.

Politico adds that “the Obama EPA plan, which was the centrepiece of its climate change efforts and was stayed by the Supreme Court in 2016, would have pushed states to reduce their dependence on coal in favour of natural gas and renewables. Republican critics had argued that plan overstepped EPA’s authority, and current EPA officials say the new plan’s narrower scope fits within the ‘four corners’ of the Clean Air Act.”

The agency claims the regulation will cut greenhouse gas emissions 35% from 2005 levels by 2030, while giving states “the flexibility to design a plan that best suits their citizens’ environmental and energy needs”.

InsideClimate News says the new rule “is so narrowly written that it allows only a few modest measures to cut carbon dioxide emissions. The Trump administration conceded it would accomplish less than the rule it threw out and would be only a tiny fraction cleaner than leaving one of the main sources of greenhouse gases completely unregulated.” Reporters John H. Cushman Jr. and Marianne Lavelle cast the announcement as “a noteworthy instance of the Environmental Protection Agency reversing course in order to loosen environmental and public health protections after years of watching a major source of pollution cleaning itself up while lawyers argued in court over the agency’s powers to act.”

Over that “decade of contention”, the U.S. “accomplished a more or less steady decline in the use of coal and its resulting emissions of carbon dioxide,” Cushman and Lavelle add. “That improvement closely tracked the timetable demanded by the Obama administration” in the Clean Power Plan.

The EPA drew on those trends to assert there was no need for tougher regulation to drive a transition that is already under way. “The world keeps changing around us,” an agency official said. “There are fundamental changes occurring in the power sector that have nothing to do with our regulations and have everything to do with market economics and the shale gas boom. There’s a pronounced move out of coal and into gas. There’s a pronounced move into renewables for reasons unrelated to the price of gas. Just market forces alone are accomplishing historic change in the power sector, and much of that change is what CPP would have done.”

So now, “the Trump administration has come up with a replacement rule tailored to please the fossil fuel industry.” It would limit the range of permissible technologies to improve power plant efficiency, and “states would not be permitted to use the rule to force power plants to switch from coal to natural gas or renewable energy sources, or to use carbon capture technologies to reduce greenhouse gas emissions, even though these are the only technologies that promise significant cuts in carbon. Nor could they use it to impose emissions trading.”

The release ran into an immediate wave of criticism from groups in Washington that had spent years building and negotiating the Clean Power Plan.

“President Trump’s dirty power scheme would do nothing to address the rising economic costs and the increasing dangers wrought by climate change,” said Natural Resources Defense Council (NRDC) President Rhea Suh. “Instead, it would give polluters free rein and doom future generations to a dangerously hostile world.”

“This is an immoral and an illegal attack on clean air, clean energy, and the health of the public, and it shows just how heartless the Trump administration is when it comes to appeasing its polluter allies,” agreed U.S. Sierra Club Executive Director Michael Brune.

The U.S. Environmental Defense Fund blogged that the EPA is missing a “huge opportunity” for cost-effective pollution reduction. “EPA’s own analysis has shown that this proposed replacement would increase climate pollution and dangerous soot and smog pollution, causing thousands of additional deaths and childhood asthma attacks every year compared to the Clean Power Plan, and may even increase pollution in several states compared to having no policy at all,” EDF stated, in the introduction to a more detailed analysis for The Energy Collective.

“In addition to disregarding the health and well-being of Americans, the proposed rule represents a tragic lost opportunity to achieve the deep, cost-effective reductions in pollution that are needed to address the urgent threat of climate change—and move the U.S. forward into a clean energy economy.”

The American Council for an Energy-Efficient Economy agreed that the plan only delivers a tiny proportion of the emission reductions U.S. utilities could achieve by 2030. “Energy efficiency policies and programs for customers could reduce power sector greenhouse gas emissions by 600 million tons by 2030, increase GDP by US$17 billion, create 611,000 new jobs, and lower the average American’s utility bills—saving them twice as much as it costs to install new energy-efficient technologies,” ACEEE stated. “Even without federal backing, states should still ensure their utilities and agencies are implementing all cost-effective energy efficiency to help their families, their economy, and their environment.”

Sen. Tom Carper (D, DE) called the rule “a warped reinterpretation of the Clean Air Act that allows states to decide whether or not to regulate one of the largest sources of carbon emissions in our country.” He added that, “at a time when Americans are urging us to take meaningful climate action and reduce our carbon footprint, today’s Dirty Power Plan is a failure of vision and leadership.”

“The Trump administration has made painfully clear that they are incapable of rising to the challenge and tackling this crisis,” said former EPA administrator Gina McCarthy. “They have shown a callous disregard for EPA’s mission, a pattern of climate science denial, and an inexcusable indifference to the consequences of climate change.”

Goffman said the regulation might help some coal-fired power plants avoid shutdown. Politico cites a study last fall that found the then-draft rule would increase coal plants’ carbon emissions 28% by 2030, compared to having no federal plan in place at all.

But last fall, when Reuters surveyed 44 utilities that had announced coal closures, none of them said the rule would shift their timing. “Asked after the rule rollout how many coal plants that were at risk of shuttering may get a lifeline with the implementation of ACE, Wheeler told reporters the agency did not analyze this but that states would have more ‘flexibility’ to determine what plants stay open,” the news agency reports.

The U.S. National Mining Association heaped praise on the plan. “EPA has accomplished what eluded the prior administration: providing a clear, legal pathway to reduce emissions while preserving states’ authority over their own grids,” said President and CEO Hal Quinn.

West Virginia Republican Congresswoman Carol Miller called it a “great step in making sure the mines will stay open, and making sure coal will continue to keep our lights on and our houses warm.”

But E&E News questioned the notion that Wheeler had just thrown a lifeline to Trump’s favourite industry, citing the latest in a series of reports by Ceres, Bank of America, electricity generators Entergy and Exelon, and NRDC that looked at the fuel mix for the country’s 100 biggest power producers. “In 2017, for the first year ever, zero-carbon resources accounted for more electricity generation (35.4%) than either gas (32.1%) or coal (29.8%),” the study found.

“The analysis is one of several in recent months indirectly highlighting the challenge facing the Trump administration if it aims to boost coal, and alter the electricity mix, through regulation and other means,” E&E notes.

Multiple media reports note that the final version of the rule leaves out an earlier provision that would have removed a permitting requirement for existing coal plants undergoing significant alterations—at least for now. The New Source Review program, which will continue under ACE, “was designed to prevent sources from backsliding on pollution, but industry has complained for decades that it is a slow, cumbersome process that delays some upgrades for years while increasing costs,” Politico explains. “Critics argued EPA does not have the authority to ignore the NSR program, and that doing so would remove a key protection against pollution increases.”

Now, Politico says that issue “will be decided in a later rulemaking”.

Meanwhile, the regulation “is expected to face significant legal challenges from Democratic state attorneys general, environmental and public health groups, and potentially even some utilities that have already moved away from coal,” the paper adds. InsideClimate News lists at least three grounds on which environmental lawyers deem the new regulation illegal under the Clean Air Act: it doesn’t meet the requirement for a “best system of emission reduction”, allows for some states to take no action or some coal plants to face no emission controls, and would trigger an increase in pollution that “can’t be a legal use” of the Act.

Senators Brian Schatz (D, HI) and Ed Markey (D, MA) are also looking to nullify it via the Congressional Review Act, Politico says, though with Trump in position to veto it until January 2021, the vote would be mostly symbolic.

“We may do it anyway to everybody in the Senate on the record,” Schatz said. “We’re going to explore all of our options in court and in Congress,” Markey added. “We’ll have to make a calculated decision, but he must be stopped.”