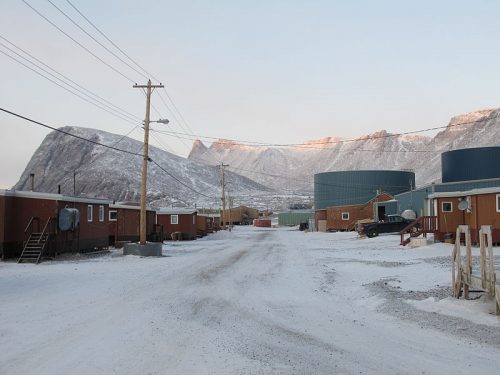 The climate resilience of Canada’s Northern communities—many of them Indigenous—is an urgent priority that calls for better financial and technical support from the Trudeau government, the Special Senate Committee on the Arctic concludes in a recent report.

The 138-page document was two years in the making and “covers everything from the social determinants of health for Northerners to Inuit self-determination, land claims, intellectual property, technology, education, scientific co-operation, defence and sovereignty, media, and the arts,” National Observer reports. Animating the entire document is a deep concern about the impacts of climate change on northern Indigenous peoples—and more than two dozen recommendations urging a much larger federal role in bringing clean, renewable energy to isolated, impoverished communities.

Conservative senator and former Northwest Territories government leader Dennis Patterson confirmed the need for concerted engagement at the federal level, telling National Observer that “the small communities of the North can’t provide the fiscal viability for hydro line connections to southern Canada, for hydro dams, or even for the wind and solar alternative energy systems that are still very much absent in most diesel-dependent Northern communities.”
Making rapid provision for alternatives to diesel for the 100,000-odd Northerners who now depend on it is a core recommendation in the Senate committee’s report. Phasing out diesel would also make good on the Trudeau government’s explicit commitment to do so in its Pan-Canadian Framework on Clean Growth and Climate Change.

Citing an analysis in The Narwhal, Observer says Ottawa’s 2018 commitment of C$220 million over six years for clean energy projects that reduce diesel reliance in off-grid and remote communities doesn’t even begin to address what is needed. A spokesperson for Crown-Indigenous Relations Minister Carolyn Bennett said the Senate committee recommendations were “aligned with many government actions to address challenges in Canada’s northern and Arctic regions,” pointing to its 2019 budget allotment of $700 million.

The new Bank would be distinct from the Canada Infrastructure Bank (CIB), a Crown corporation founded in 2017 whose early investments, committee members said, showed no interest in strengthening Canada’s North.

The committee also called for a finished building code adapted to climate change and Arctic conditions, better scientific collaboration, support for “community-driven environmental conservation efforts,” and investment in Indigenous environmental stewardship.Patterson noted the Senate committee had heard from the Kivalliq Inuit Association (KIA) in Nunavut which, in partnership with Massachusetts-based Anbaric Development Partners, is seeking to connect the region to Manitoba’s hydroelectric and fibre-optic networks. Nunatsiaq News reported in late February that the KIA’s presentation to the Senate committee led to a $1.6-million investment from the Canadian Northern Economic Development Agency (CanNor) to support a two-year technical and feasibility study for the project.