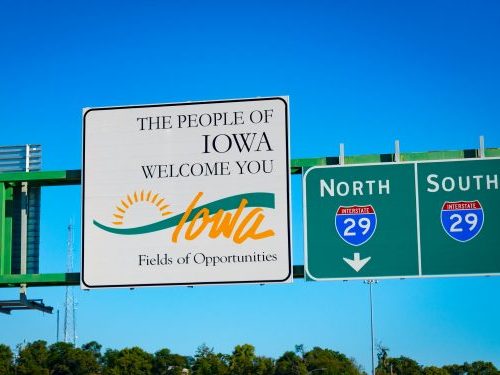 Climate change has landed as the second-highest ballot box priority, right behind abortion rights, for Democrats voting in the all-important Iowa caucuses early next year.

It’s a relatively small group in a state with only six electoral college votes. But the Iowa caucuses have outsized influence in the primaries that select U.S. political parties’ presidential nominees, since the state is traditionally the first to vote, when candidates are jockeying for momentum and to show they can win voter support.

And among those caucus voters, a strong climate plan is one of the prices of entry for any candidate seeking their support, according to a recent Cable News Network poll. “Seventy-five percent of likely Iowa caucus-goers say they will only support a candidate who recognizes climate change ‘as the greatest threat to humanity’,” Grist reports, “and 32% say supporting the Green New Deal is a candidate ‘must have’.”

That may be because the impacts of climate change have been hitting close to home for Iowans, Grist notes. “Many farmers in corn country—states like Iowa, Missouri, and Nebraska—have endured epic floods in the last few weeks. The percent of fields that have been planted at this point in the season is lower than any other year in recorded history.”

In April, a CNN poll said 82% of Democratic voters see climate as a “very important” issue for 2020 presidential candidates to address.