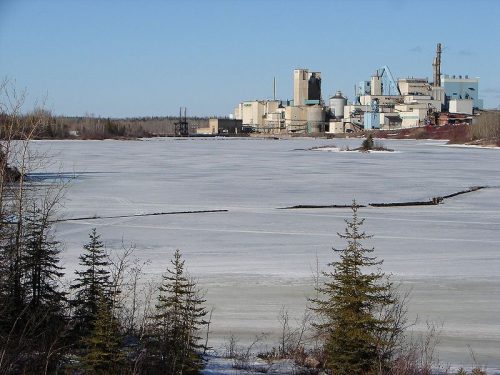 The federal government’s plan to ban single-use plastic products like straws and cutlery as early as 2021 could put new pressure on carbon storage in Canada’s threatened forests, with the forest products industry just a few years from being able to accommodate the new demand.

“Northern Ontario forestry producers are hoping the Canadian economy is about to trade plastic for paper,” CBC reports from Sudbury. For example, “Domtar paper in Espanola has already shifted to making specialty paper products, such as the takeout bags at Tim Hortons.”

“This will be new types of end product development that will require the current products that are being made by the northern pulp and paper facilities,” said Bob Larocque, senior vice president of the Forest Products Association of Canada. “It’s creating and maintaining a more diverse market than we have today, so that’s incredibly helpful for our current facilities.”

He added that it may only be a few years before forest product companies can replace some of the main end products that Ottawa is targeting with its plastics ban. “For example, we can make packaging that would replace Tupperware or plastic bags,” he told CBC. “But we’re also working with them to replace plastic-type chemistry to make water bottles, for example, with chemicals that come from a tree.”

The move to replace fossil-derived plastics with what North Americans think of as a sustainably-sourced alternative reads like good news on the surface. But in a peer-reviewed analysis last year for Wildlife Society Bulletin, a study team led by ecologist Julee Boan, boreal program manager for Ontario Nature, concluded that forestry companies are spinning themselves green while clearcutting Canada’s boreal forest.

“Their goal,” The Narwhal reported at the time, “is to delay habitat protection in Ontario for boreal woodland caribou (Rangifer tarandus caribou),” an indicator species for the health of the forest itself—which is in turn a major carbon sink and essential to the effort to bring climate change under control.”

“Successful use of this strategy has weakened environmental protection, undermined public debate on policy solutions, enabled harmful activities to continue long after their danger was scientifically established, and even legitimized campaigns for industrial expansion,” Boan and her colleagues wrote.