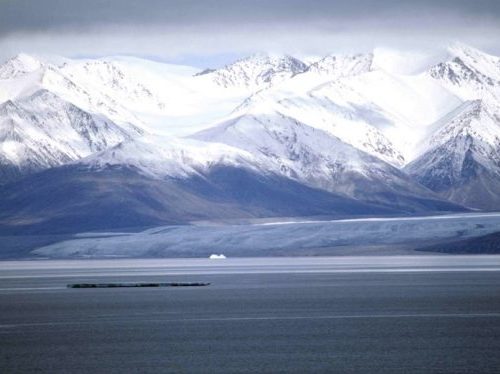 With the Arctic warming at nearly twice the national average rate, Canada’s Inuit are urging the federal government to form a working partnership grounded in the recognition that climate change is a matter of life and death for them—even if it remains an abstraction for many living south of the (melting) ice.

Discussing the 48-page strategy his organization released last week, Inuit Tapiriit Kanatami (ITK) President Natan Obed said climate change “isn’t just a policy area for us,” but rather “a life-and-death situation for people who are still inextricably linked to the environment.”

The plan calls for Inuit hunters to “be supported to ease food insecurity and increase safety of those travelling on the changing landscape,” The Canadian Press reports, stressing that a changing climate cannot be addressed in isolation from social issues. “The climate risks we face compound the social and economic inequities we have endured for generations,” it states.

Infrastructure renewal—to deal with the escalating problem of permafrost melt, and to conserve energy—is prominent in the ITK’s strategic plan, as is the desire to power communities that currently depend on carbon-intensive diesel generators with Inuit-owned solar, wind, and hydro.

The plan also calls for revised building codes and practices that reflect Inuit traditional knowledge, and asserts an immediate and pressing need for extra funding for energy-efficient housing in a part of Canada that has faced a devastating housing shortage.

Attending the release of the strategic plan in Inuvik, Environment and Climate Minister Catherine McKenna agreed that “you don’t want climate policy for Inuit being designed in Ottawa” and announced an initial federal contribution of C$1 million to support implementation.

Though she acknowledged the need for more, especially for infrastructure renewal and energy retrofits, McKenna made no further promises during the Inuvik news conference, CP reports.