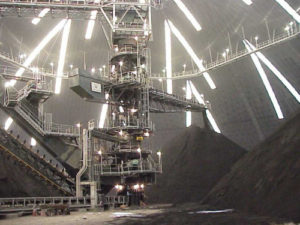 Billionaire former New York mayor Michael Bloomberg is donating US$500 million over three years to Beyond Carbon, a new push to phase out all remaining coal plants in the United States by 2030 and begin the process of shutting down the country’s natural gas plants.

“We’re in a race against time with climate change, and yet there is virtually no hope of bold federal action on this issue for at least another two years,” he said last week, echoing an earlier public statement in March. “Mother Nature is not waiting on our political calendar, and neither can we.”

The funds, which add to Bloomberg’s large past contribution to the U.S. Sierra Club’s Beyond Coal campaign, will “fund lobbying efforts within local governments in an effort to help states transition to renewable energy,” Huffington Post states, citing a report in the New York Times. “Some of the money will also go toward election campaigns for candidates who focus on clean energy. The funding will also be spent to help wean America off natural gas.”

The Associated Press calls the announcement the biggest-ever philanthropic contribution to the fight against climate change.

The U.S. has shut down about half of its 530 coal plants since 2011, but Donald Trump still continues to back a dying industry, HuffPost notes. “Bloomberg’s initiative is meant to bypass the federal government, akin to the efforts of many states that have promised to use their own legislative and financial power to tackle climate change whether or not the Trump administration does.”