Rainforest Destruction in Brazil Hit 10-Year High in May

Brazil recorded its worst rate of rainforest destruction in a decade over the crucial month of May, with the government’s own satellite imagery showing illegal loggers stepping up their activity under the deregulatory regime of President Jair Bolsonaro.

While one month is too little time to confirm long-term trends, “May is considered an important guide because it marks the start of the dry season, which is when most burning and other forms of forest clearance are carried out,” The Guardian reports. “Unless the government sends a clear signal it will not tolerate a further acceleration, environmentalists fear there will be an increase in the coming months that could make 2019 one of the worst years for deforestation in recent memory.”

“If this upward curve continues, we could have a bad year for the Amazon forest,” said Claudio Almeida, head of satellite monitoring at the Brazilian space research institute INPE. “It will depend on how much policing there is in the next two critical months.”

“The government can’t deny these numbers from their own agency. The question now is what they’ll do about it,” said Carlos Souza, of the independent monitoring group Imazon. “By the end of July. we’ll have a clear idea of the impact of recent moves to dismantle environmental policies.”

The damage still falls far short of the 27,000 square kilometres—an area the size of Haiti—that Brazil cleared in 2004. But the findings reinforce environmentalists’ argument that Bolsonaro “has dismantled conservation agencies, shown skepticism about fighting climate change, and cut the budget to enforce environmental laws” during his first five months in power.

Reuters adds that “Brazil’s environmental protection agency IBAMA, which has been starved of funds in recent years, lost authority when he took office in January, and the forestry commission was moved to the Agriculture Ministry, which is run by farm industry allies.”

Environment Minister Ricardo Salles, who has said INPE’s data are manipulated, denied plans were taking shape to replace the agency with a private imaging provider. He insisted the regime is committed to forest protection, claiming that a forthcoming public tender would bring the government faster, higher-resolution images.

“We are not going to remove anything. We are going to add more,” he said. “We want a system that can provide images in real time to better target enforcement operations so that they can be more effective.”

And further challenges lie ahead.

“Bolsonaro’s oldest son, Flavio, who is a senator, recently proposed a reform of the forest code that would remove the obligation of farmers in the Amazon to maintain forest cover on 50 to 80% of their property,” The Guardian states. “This measure would reportedly open up an area larger than Iran for extractive industries. A growing wave of speculative land claims are being registered inside reserves, which is putting more pressure on the boundaries.”

“The spike in deforestation is depressing, but hardly surprising: you have a government in Brazil that is dismantling nearly every environmental policy put in place since 1992 and harassing federal environmental agents, thus empowering environmental criminals,” said Climate Observatory Executive Secretary Carlos Rittl. “However, we must wait and see how it will behave in June.” 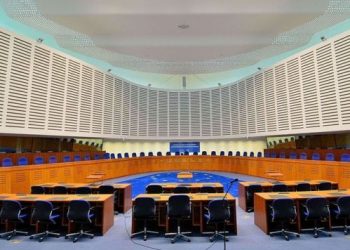