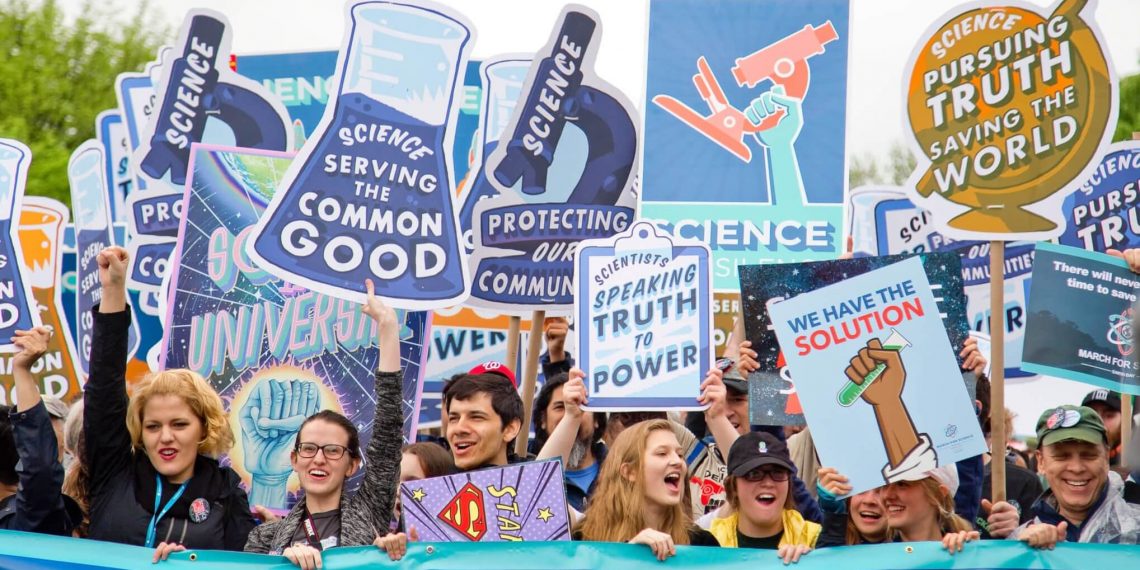 Science has its own vocal defenders. Image: By Vlad Tchompalov on Unsplash

When it comes to influence, big bucks are hard to beat. Climate campaigners can learn from a study of US political lobbying.

The reward for the investment was a 13% reduction in its chances of progress into law. The pay-off for the rest of humanity was, at a conservative estimate, an extra $60 billion worth of climate damages from future superstorms, droughts and heatwaves associated with global heating.

The political initiative was at the time the most prominent and promising US climate regulation legislation so far on the books. It failed.

“The popular media widely postulated at the time that oppositional political interests played a key role in the bill’s demise,” say two US scientists in the journal Nature Climate Change.

“If valid, this points to lobbying as an explanation for why so few climate change regulations are enacted. It also provides an example in which lobbying had welfare consequences by reducing the likelihood of enacting a socially beneficial policy.”

That political persuaders, funded ultimately by the fossil fuel industries or think-tanks and associations that act for them, can affect the political process is not news. Research has at least twice linked the strident voice of climate denial with very big corporations or unexplained sources of funding.

And the lobby industry in Washington has been linked with systematic attempts to muddy or cast doubt upon the science that now comprehensively supports evidence of human-triggered and potentially catastrophic climate change.

Since then, President Trump has announced that the US will withdraw from the Paris Agreement, backed in 2015 by 195 nations, and the US Department of Energy has started to rebrand the potent greenhouse gas methane as the “freedom molecule” in a bid to give an exported fossil fuel a more wholesome reputation.

“There has been a striking disconnect between what is needed to avoid dangerous climate change and what has actually been done to date,” said Kyle Meng, of the University of Southern California at Santa Barbara, who led the study. “There is increasing concern that this lack of climate action may be due to political influences.”

But all political decisions involve compromise and there are many reasons why legislation can fail. Dr Meng and his co-author played statistical games with the available evidence to make calculations of the chances of success for the so-called 2009-2010 Waxman-Markey Bill that would have become the American Clean Energy and Security Act had it been passed.

They made judgements about how successful legislation would affect the stock prices of businesses that were involved in lobbying congress and senate. They calculated that the bill had about a 55% chance of adoption, and used available data to calculate that big business which might have been affected by the bill in various ways spent $700 million on trying to influence the politicians.

And they found that lobbying by corporations that might expect to lose was more effective than lobbying by those businesses that might gain from successful legislation, and in effect reduced the bill’s chances of success to 42%.

They then used the same statistical logic to set a total for the extra “social cost” of greenhouse gases in terms of damage to human health, agriculture, insurance costs and so on: a total, they calculate, of $60bn at 2018 prices.

There are always problems with this kind of “what if?” or counter-factual research, and the authors concede the need for caution. But they argue that lessons can be learned about the way such legislation should be drawn up in the first place.