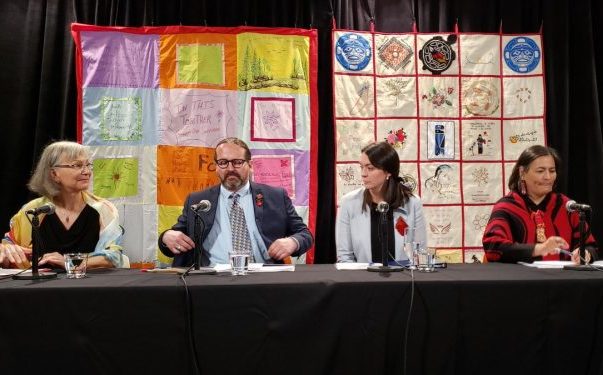 Natural resource companies and their regulators must factor in the safety and security of Indigenous women and girls at every step in planning and developing a project, Canada’s National Inquiry into Missing and Murdered Indigenous Women and Girls concluded this week, in a final report in which five out of 231 recommendations were devoted to the connection between megaproject work camps and sexual violence.

“So-called ‘man camps’—temporary housing set up for predominantly male workers that accompany mining, oil, and gas development projects—have been considered a safety threat to local women, particularly for Indigenous women and girls who live in more rural and isolated parts of Canada,” iPolitics explains. That understanding, reinforced in a 2017 study by the Firelight Group, was taken up in the MMIWG commission’s 1,200-page report, which declare the murder and disappearance of Indigenous women and girls in recent decades a “Canadian genocide”.

“Project proposals must include provisions and plans to mitigate risks and impacts identified in the impact assessments prior to being approved,” the final report stated. iPolitics notes that the federal government’s proposed impact assessment act, Bill C-69, currently calls for regulators and project proponents to consider “the intersection of sex and gender with other identity factors” in project assessments.

The inquiry also urged the parties to impact-benefit agreements negotiated between Indigenous communities and developers to address project impacts on the safety and security of Indigenous women, girls, and 2SLGBTQQIA people. It also called for research funding to better understand the “relationship between resource extraction and other development projects and violence” against those groups, and supported calls for a public inquiry into sexual violence and racism at northern Manitoba hydro projects.

At a G20 panel in Argentina last year, Prime Minister Justin Trudeau acknowledged the problem, observing that “there are gender impacts when you bring construction workers into a rural area. There are social impacts because they’re mostly male construction workers.”

But Conservative leader Andrew Scheer dismissed the comment as “political correctness at its most ridiculous,” tweeting in December 2018 that “the impacts of construction workers building things are prosperity and strong families. They should be celebrated, not demonized.”