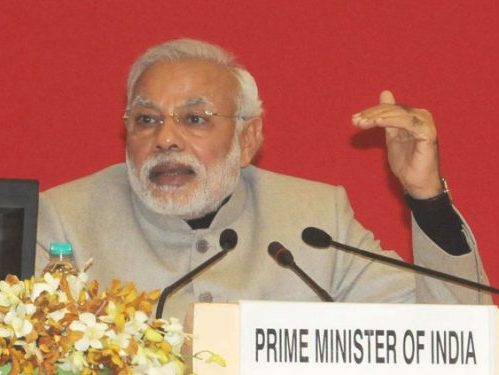 The world’s dirtiest air and its lowest prices for installed solar will be two of the influences shaping Prime Minister Narendra Modi’s second term of office in India, according to news reports circulating around the time of his swearing-in last week.

BNN Bloomberg points to air quality as an urgent action item, after an election campaign in which the  issue emerged as a major concern for the first time in the country’s history. Meanwhile, citing data from the International Renewable Energy Agency, ETEnergyWorld notes that India now boasts the world’s lowest costs for installed solar, at $793 per kilowatt, after an 80% price drop that was the world’s fastest between 2010 and 2018.

The air quality challenge is a serious one, with the country “burning up more coal to supply cheap electricity to its 1.3 billion people, resulting in polluted air across vast stretches,” BNN Bloomberg notes. “That’s costing lives and denting the nation’s economic productivity, prompting a policy rethink.”

But “efforts in the past to clean up the environment have struggled to clear the test of affordability. India’s fleet of coal-burning power plants, among the biggest sources of air pollution and a dominant provider of cheap energy, have dragged their feet over implementing emission standards, citing cost. A campaign to replace firewood with clean cooking fuel in rural homes needs to be affordable to have greater adoption.”

In his second term, the U.S.-based news agency says Modi will have to strengthen India’s electricity distribution companies, enforce new emissions standards for thermal power plants, apply a national sales tax to fuels like natural gas, speed up the introduction of renewable energy, and rely more heavily on bioenergy.

The IRENA report shows how cheap photovoltaics can accelerate the shift, ETEnergyWorld states. “India was estimated to have the lowest total installed costs for new utility-scale solar PV projects that were commissioned in 2018 at $793 per kilowatt, 27% lower than for projects commissioned in 2017,” the Abu Dhabi-based agency noted. Analysts attributed the result to the country’s high solar potential and its use of lower-cost modules sourced from China.

“From a regulatory standpoint, utilities’ solar PV procurement is price-driven,” said Deloitte Touche Tohmatsu partner Debasish Mishra. “That means developers bring in maximum efficiency in procurement of equipment and financing costs. In addition, the cost of land and labour is cheaper than rest of the world.”

India is also planning to support wind and solar developments totalling 25.4 gigawatts by investing US$1.8 billion in new transmission projects in the western part of the country, CleanTechnica reports, in a dispatch republished by the Institute for Energy Economics and Financial Analysis (IEEFA). “The transmission projects are part of the Green Energy Corridors program that was envisaged to support the massive renewable energy capacity addition targets announced by the Indian government,” the publication states.

The bigger plan calls for 65.5 GW of new wind development by December 2021, and is “critical for India to achieve, or even get close to, the ambitious target to have 100 gigawatts of solar power and 60 gigawatts of wind energy capacity operational by March 2022,” CleanTechnica notes. “The lack of adequate transmission network has been an issue that kept project developers from bidding on large-scale renewable energy projects.”