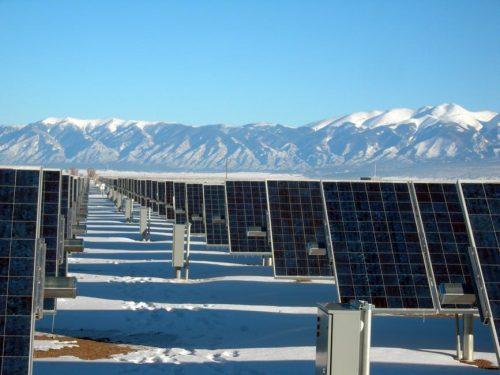 The best way to “win” the public conversation about climate change might be to change the subject, suggest two recent posts in the New York Times and The Conversation.

In the U.S., Times contributing editor Justin Gillis cites Colorado as a state that is advancing fast on renewable energy development, but homes in on deep-red Republican South Carolina as a place where the choice of language may have made all the difference. “This received little national attention, but the South Carolina legislature just adopted a bold policy meant to open the state to more solar power,” he writes. If utility giants like Duke Energy fail to defeat the plan, “South Carolina in a few years could match North Carolina in getting 5% of its electrical power from the sun, compared with less than 1% last year.”

The story began in the aftermath of a US$9-billion failure, an abandoned nuclear project that ratepayers will be saddled with for years. “In the aftermath of that mess, the solar industry swooped in and offered to put a lot of clean power onto the grid,” he writes. “The industry was careful with words, though,” with a focus on direct benefits to people in the state.

“I don’t know that the terms ‘climate change’ or ‘global warming’ were ever uttered in the entire year and a half of advocacy and debate around this,” Norris said. And the strategy paid off, with a key champion of the Energy Freedom Act, Sen. Tom Davis, describing it as a step toward “real competition that will provide downward pressure on the cost of producing energy.”

And South Carolina is not alone.

“Senator Chuck Grassley, Republican of Iowa, likes wind energy because it is good for the farmers who get paid to host turbines,” Gillis writes. “School boards in Kansas and Oklahoma love it because the taxes on wind parks are filling their coffers. In the South, people are figuring out that solar panels can put out cheap power just about the time they are cranking up their air conditioners.”

All of which Gillis interprets as a “subtle shift from talking about the climate crisis to talking about the benefits of clean energy,” a strategy that helped bring recently-elected Colorado Gov. Jared Polis a decisive victory last fall. “This week, the clean energy voters who helped put him into office will get their first reward,” he wrote last Thursday. “Polis is expected to sign a remarkable package of 13 environmental and energy bills that will propel Colorado to the top rank of states tackling the climate crisis.”

Writing from the UK and Belgium, linguists Dimitrinka Atanasova and Kjersti Fløttum make a similar case in reaction to the recent decision by The Guardian—soon to be followed by other publications—to shift its style guide to reflect the depth of the climate crisis. Comparisons to the mobilization that won the Second World War might work, creating “the necessary conditions for politicians to push ambitious proposals for dealing with climate change, the same way the threat of invasion galvanized British resolve to mass produce weapons and implement rationing” in the 1930s and 40s, they write. “But the ‘strong’ language of ‘breakdown’, ‘crisis’, ‘emergency’, and ‘war’ may have unintended consequences.”

Even if the strategy of scaring people toward climate action succeeds some of the time, “wars are destructive and divisive” when “addressing climate change means working together,” Atanasova and Fløttum caution. “Fear appeals might also have the opposite effect to what is intended, causing indifference, apathy, and feelings of powerlessness. When people see a problem as too big, they might stop believing that anything can be done to solve it. If fear is to motivate people, then studies suggest that a solution must also be presented to focus minds on action.”

While journalism tends to emphasize bad news, “we may have reached ‘peak negativity’, where the news is so full of serious crises that people are increasingly avoiding it. They are left feeling disengaged, demotivated, and depressed about the state of the world and their role in it,” they write.So “constructive journalism [and climate advocacy!—Ed.] should take a solution-focused approach that covers problems with the appropriate seriousness, but also answers the inevitable ‘what now?’, by describing how similar problems have been addressed elsewhere in the world. Awareness of climate change is high and growing, but the potential solutions need more attention.”