Grid flexibility places #77 on Drawdown’s list of climate solutions as an essential tool for making 80% renewable generation “a global reality” by 2050. Its costs and savings are impossible to calculate, as they will be embedded in local renewable energy projects around the globe.

Making a high degree of grid flexibility a reality will require profound changes in the global electricity grid, a “dynamic web of electricity production, transmission, storage, and consumption that 85% of the world relies on,” Drawdown states.

While renewables like combusted biomass and hydroelectricity can, like fossil fuels, generate a constant flow of electricity, solar and wind are by their nature intermittent, varying “minute to minute, day to day, and season to season.” And production is highly dispersed, “ranging from centralized and utility-scale to small and distributed, such as solar on rooftops.” In a highly flexible, decentralized grid, that reality might make the ability to forecast weather and generation a utility’s most important tool.

But the wide variety and scope in a flexible grid can also be a strength. Citing Spain’s pioneering work with wind power, Drawdown notes that “where grid connections span larger geographies, they encompass broader patterns of wind and sunshine. If the air is still in one place, it is likely moving in another,” so “at any given moment…the total output of renewables is less variable.”

Still, in a renewables-heavy grid, “transmission and distribution networks—the connective tissue between generation and consumption—[will] need to be strong to be flexible.” Power companies will have to develop the ability to “adjust consumers’ energy draw on the grid in real time to avoid times of peak demand,” using “demand response technologies such as web-connected smart thermostats and appliances.”

A stable, reliable grid will also depend on interconnections among neighbouring power systems, and provide energy storage through a variety of “utility-scale” measures, “from the long-standing technology of pumped hydro to newer arrivals such as molten salt and compressed air.” At time of writing, Drawdown saw storage batteries as an essential part of the picture, but at smaller scale. 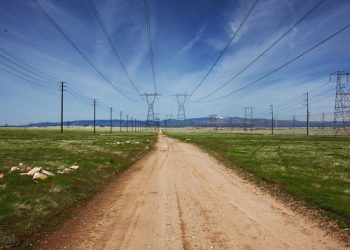