Ohio Becomes Battleground on the Legal Rights of Nature 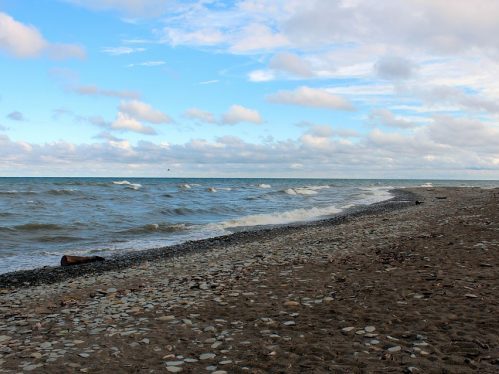 Ohio is becoming a battleground in the fight over the legal rights of nature, after voters in Toledo adopted a ballot initiative in February that establishes a bill of rights for Lake Erie.

The initiative passed with more than 60% support.

“The Lake Erie Bill of Rights has received international acclaim,” EcoWatch reports. But in response, “the state of Ohio has at once both acknowledged rights of nature to exist, and taken them away,” with a line in the state budget specifying that “nature or any ecosystem does not have standing to participate in or bring an action in any court of common pleas.”

“It’s not surprising that the Ohio legislature has the shameful distinction of being the first in the country to specifically name ecosystem rights—trying to quash them rather than taking the lead in recognizing them,” the Community Environmental Legal Defense Fund (CELDF) said in a release.

EcoWatch says the intent of the bill was to “ensure the rights of humans would come before the polluters”, in this case big agriculture.

Earlier this month, “a judge ruled Toledoans for Safe Water, the local group behind the Lake Erie Bill of Rights, cannot defend the voter-passed initiative in a lawsuit brought by a factory farm against the city over the initiative. Yet the state of Ohio is being permitted to support the farm in the lawsuit against the city.”

The story points to big ag as “the primary source of nutrient pollution that has caused algae blooms that have denied half a million people access to clean, safe drinking water, sometimes for days at a time.”

The judge hearing the case declined to receive briefs or open a public hearing on the case, opting instead to hold a phone call May 17 that was closed to the public.

CELDF community organizer Tish O’Dell pointed to the recent United Nations report on wildlife, biodiversity, and the mass extinction crisis, commenting that “all the studies say we need drastic action. If we think the courts are going to save the plants or the animals, they aren’t.” She stressed that the state government is intervening on the side of big agriculture, “not on the side of the people—and denies the people and the lake the right to intervene.”

While a culture shift will eventually curb humanity’s impact on the natural world, she said the issue can’t wait 150 years to be resolved.

“People think the corporation is the problem,” but in this case “it’s your own government that’s the problem, because they’re protecting them,” she said. But “if they think they’ve prevented this movement, all they’ve done is fired people up.”