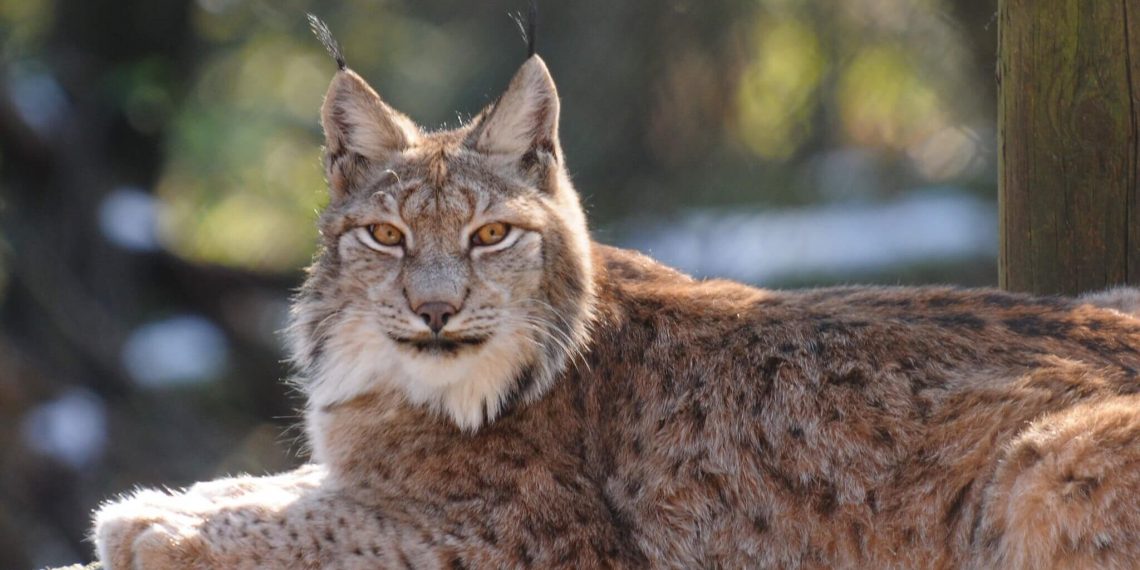 The lynx is a key species for rewilding. Image: By Böhringer Friedrich

If you want to tackle climate change and restore once-familiar animals at the same time, a wilder world can help − naturally.

LONDON, 21 May, 2019 − Imagine a wilder world where many of the species humanity has almost wiped out are instead protected, cared for and encouraged to thrive.

No − it’s not Jurassic Park brought to life; it’s still largely an idea waiting to happen. But if it does ever become reality rewilding, as it’s known, could do a lot for us.

Rewilding simply means re-introducing wild creatures which used to live in countries like the United Kingdom and elsewhere in Europe and North America. One example is the Eurasian beaver, hunted in the UK to near-extinction several centuries ago but now making a tentative return to Britain.

They began their UK recovery modestly: two families were imported from Norway in 2001, with more animals following later to increase genetic diversity.

Through their skillful lodge-building and engineering of woods and waterways, beavers show how they benefit humans and other creatures. They create a range of habitats for birds, insects, fish, small mammals and plants; one re-introduction project records that the 10 clumps of frogspawn laid in 2011 in its ponds had increased to 370 clumps by 2018, thanks to the improvements made by the arriving beavers. They slow water flow, prevent flooding, and store water for local use.

Three wins in one

The Rapid Transition Alliance (RTA) argues that beavers’ lifestyles can prove a fast, cheap way to slow climate breakdown, to build resilience to its inescapable impacts and to restore natural diversity.

Another good candidate for rewilding, almost a century after they were wiped out in northern Europe and the US, is the wolf, one of 21 key species identified by the Rewilding Britain group for reintroduction. Among the species the British journalist George Monbiot lists in his book Feral as suitable for rewilding in the UK are not only beavers and wolves but bison, lynx, wild boar, European sturgeon and grey whales.

The reintroduction of wolves into Yellowstone Park in the US in 1995 shows how rewilding can work on a large scale to increase biodiversity. By the end of the 1920s almost all of the US wolves had been killed off, mainly by ranchers protecting their livestock. They clung on in small populations in the northern wildernesses along the border with Canada.

But within a few years the Yellowstone wolf packs had made favourable impacts on the whole ecosystem through their control of the elk population. They reduced overall numbers of elk, which are herbivorous, and without predators had grown enormous. This helped the grazing areas and let more trees grow.

“Ten clumps of frogspawn laid in 2011 in its ponds had increased to 370 clumps by 2018, thanks to the improvements made by the arriving beavers”

Along river banks the tree growth slowed the flow of water and reduced flooding during heavy rainfall. It also shaded the banks, allowing fish to flourish. And the wolves are bringing in money: wolf-watching is big business and earns an estimated four times more than elk hunting.

A 2018 report by the Royal Society, the UK’s national academy of science, argued for rewilding because native herbivores produce less methane than modern cattle and maintain forests by dispersing seeds in their dung.

Much of the UK would naturally support trees that absorb carbon, but it has some of the lowest tree cover in Europe. Rewilding could change that. And the RTA says people would benefit from the increased encounters with wildlife that would be possible, citing a 2013 Woodland Trust estimate that if every household in England were provided with good access to quality green space, it could save an estimated £2.1 billion in healthcare costs.

Predators take livestock, admittedly, but its supporters say we can mitigate losses with planning, design and compensation. For example, Germany sees few losses from herds because the farmers keep their livestock enclosed. Using specialist dog breeds to warn off wolves has also proved highly successful.

In southern England the Knepp Wildland project shows how rewilding can work. It is devoted to free-roaming herds of cattle, horses, pigs and deer as the drivers of habitat creation. Since it began in 2001 the numbers of many endangered species returning to Knepp have increased sharply: it now boasts 2% of the UK’s entire breeding population of nightingales.

Elsewhere in Europe countries including Romania, Croatia and Bulgaria, led by Rewilding Europe, an independent group based in the Netherlands and funded by the EU, are working towards similar goals.

If rewilding can work in Europe and North America, could it help in other parts of the world too? They certainly need it: the UN reported earlier this month in its Global Assessment Report that about one million of the Earth’s animal and plant species are at risk of extinction.

There’s just one snag. Historically, humans have exploited wildlife for fairly narrowly defined purposes: fur, feathers and flesh, often. Now we just want to shove them aside so that we can exploit the entire planet. Wildlife that doesn’t pay its way seldom gets the chance to stay. The Assessment’s authors say the main cause of the extinction crisis is the change which humans are making to their use of the Earth’s land and seas.

At that rate, the Rapid Transition Alliance thinks, it doesn’t sound as though there’ll be much room left by tomorrow to re-introduce anything, unless rewilding is part of a much wider strategy, including an absolute reduction of human consumption. − Climate News Network


The Rapid Transition Alliance is coordinated by the New Weather Institute, the STEPS Centre at the Institute of  Development Studies, and the School of Global Studies at the University of Sussex, UK. The Climate News Network is partnering with and supported by the Rapid Transition Alliance, and will be reporting regularly on its work. If you would like to see more stories of evidence-based hope for rapid transition, please sign up here.